CCT chairman: I’m only answerable to the presidency — NOT any institution 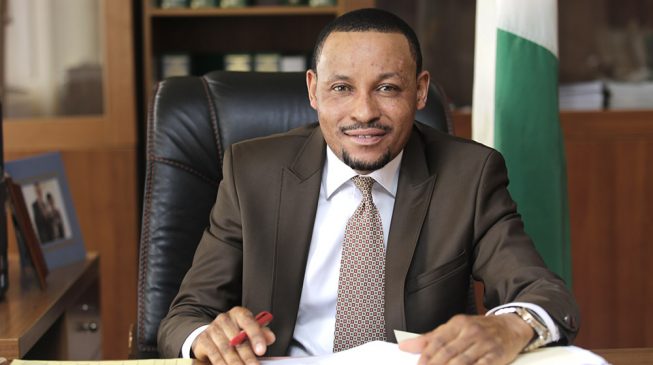 Danladi Umar, chairman of the Code of Conduct Tribunal (CCT), says he is not answerable to any institution aside the presidency.

According to PUNCH, he said this while responding to a petition against him by the Incorporated Trustees of the Centre for Justice and Peace Initiative, a non-governmental organisation.

Umar said he and members of the tribunal are not judicial officers, hence they cannot be subjected to disciplinary actions by the National Judicial Council (NJC) or the Federal Judicial Service Commission (FJSC).

In the petition signed by Grace Wogor, the group asked the FJSC to take legal actions against the CCT chairman over an abuse of court processes for granting the order to suspend Walter Onnoghen, former chief justice of Nigeria (CJN) without due process.

In a letter dated February 6, 2019 to the acting chairman of the FJSC, Umar responded that he didn’t breach the judicial oath as members of the CCT only take official oaths and not judicial oaths during inaugurations.

The CCT chairman said he granted the ex parte order because it was within his power, adding that he would not comment further on the matter, to avoid subjudice, since it was already before the appellate court.

“With regard to the prayer of the petitioner for an appropriate sanction against the chairman, it is important to note that the chairman and members of the tribunal, not being judicial officers, are not constitutionally subject to any disciplinary proceedings by either the National Judicial Council or the Federal Judicial Service Commission but the Presidency,” Umar wrote.

“The petitioner alleged that judicial oaths were breached and that the National Judicial Council should consider appropriate sanctions. It is to be noted that the chairman and members of the Code of Conduct Tribunal are not judicial officers.

Umar reportedly attached a letter dated May 18, 2015 signed by Mahmud Mohammed, former CJN and chairman of the NJC, which stated that members of the CCT should not be referred to as justices because they are not judges.