Clement Nwankwo: We are worried over security redeployment 7 days to election 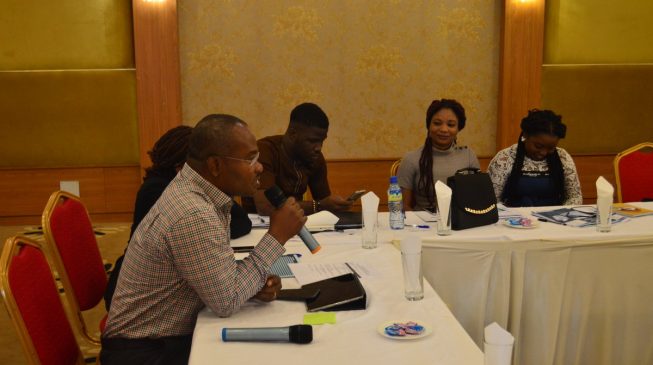 Clement Nwankwo, convener of the Nigeria Civil Society Situation Room, has expressed concern over the recent redeployment of security operatives across the 36 states.

He said this at a pre-election training organised by the Situation Room and TheCable on Thursday in Abuja.

Ahead of the election starting February 16, the Police Service Commission (PSC) redeployed police commissioners across the country.

“If there’s some perception that security officials may be partisan, then I think responsible authorities should ensure that  they are not included in election arrangement,” he said.

“So, the worry we have is why this deployment or changes are being made seven days to an election, and I think that’s the beat of the worry.”

He also wondered the involvement of the military in the election, raising skepticism over the development.

In January, the United States had raised concern over the handling of security in the elections.

The training, Nwankwo explained, is to encourage  journalists to focus on accurate reporting of the elections and events around elections.

Abiose Adams, programme officer of Cable Newspaper Journalism Foundation (CNJF), also said the training was important because the role of media is very key in the coming election.

Lanre Arogundade, director of International Press Center (IPC) and one of the facilitators at the event told participants the things to look out for while covering elections.

“Journalists should learn and know about diversity in Nigeria when reporting during elections,” he said.

“The four key stakeholders the media needs to aid in unbiased election reportage are: the government, INEC, political parties and civil society organisations.”