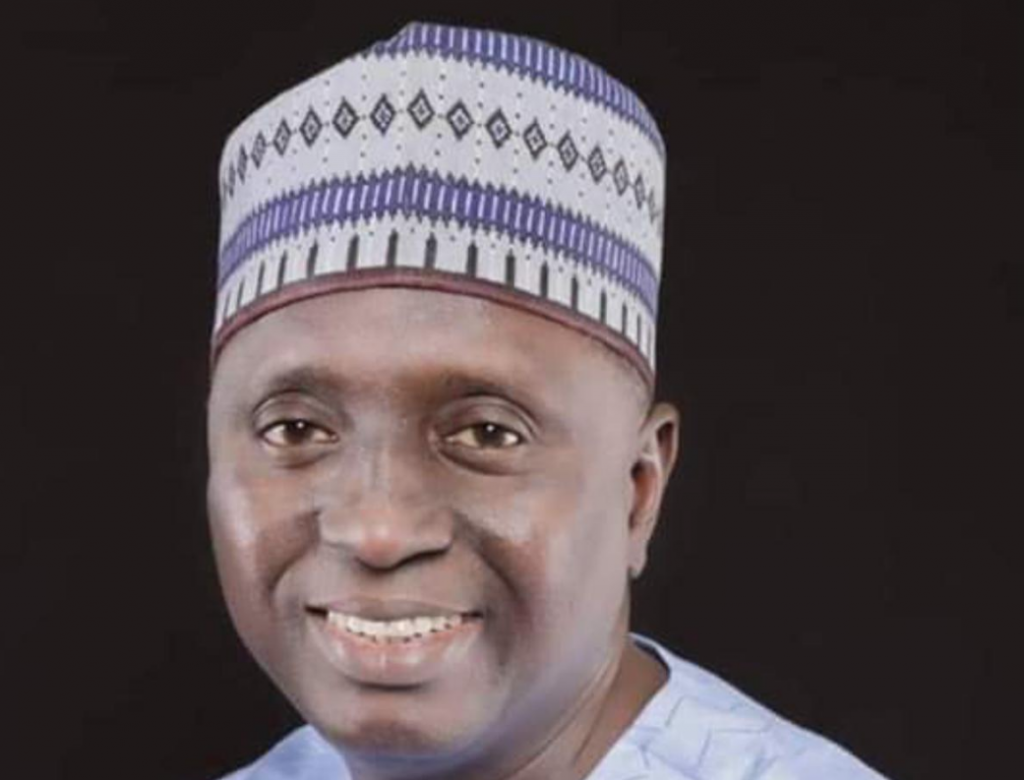 When he clinched the All Progressives Congress (APC) ticket to vie for the Kwara central senatorial election, many waved his ambition aside. The people of Kwara state have seen him lose the same contest in the past but that didn’t deter him. Ibrahim Oloriegbe vowed he would retire Senate President Bukola Saraki and true to his words, he did exactly that on Sunday, at least for now.

Wondering why his victory is spectacular? For one, he defeated not just any senator but the senate president. And secondly, his rival’s family has been literally running the affairs of Kwara for decades. Saraki’s father, Olusola, was a prominent politician in the second republic, his sister, though not in the same political camp, was a senator. On his part, the senate president left office as the governor of Kwara state and saw to the emergence of Abdulfatah Ahmed, one of his staunch loyalists, as successor.

Back to Oloriegbe, the man of the moment. A graduate of Ahmadu Bello University, Zaria, the APC candidate is not a new face in the politics of Kwara. In 1999, he was elected a member of the Kwara house of assembly under the All Nigeria Peoples Party (ANPP). He  held sway as majority leader till he left in 2003.

HIS FIRST BATTLE WITH SARAKI

Oloriegbe contested for the senate under the Action Congress of Nigeria (ACN) in 2011, against Saraki, then of the Peoples Democratic Party (PDP). Saraki’s victory was believed to have been influenced by his incumbency power as then governor. He was announced to have polled a total of 78,799 votes to defeat Oloriegbe who polled 53,058 votes.

Oloriegbe emerged the APC candidate for Kwara central senatorial district after he polled a total of 12,816 votes to beat his other two rivals, Yinka Aluko who scored 9,577 votes and Musbau Esinrogunjo who scored 6,382 votes. With his emergence, he went to work with APC leaders in the state including Lai Mohammed, minister of information, to ensure that the party coasts to victory not just in the district but in the state.

REASON FOR RUNNING AGAINST SARAKI

At a press conference in Lagos earlier this year, the APC candidate vowed that he would  defeat the senate president and “retire” him in the election. He had lamented that Kwara was not well represented at the national assembly and that this, among reasons, informed his decision to vie for a seat at the legislative chamber.

According to him, “in the past 16 years, our society has been in the grip of people who do not share our common values and heritage. They are dealers whose concerns are at variance with the people’s aspirations. They are leaders with inordinate appetite for wealth acquisition.

“They are political voyagers and power merchants. They don’t share our Islamic values and culture of leadership. Our communities and indeed, Kwara state have been poorly represented at the federal level; poor representation and advocacy has deprived us of legitimate human, fiscal, economic and developmental entitlements.”

‘I WAS ROBBED OF MY FIRST MANDATE’

In an interview with Daily Trust, the APC candidate spoke of how he was denied his mandate after his constituents voted “massively” for him in 2011.

According to him, “In 2011, I was the senatorial candidate of the ACN and people of Ilorin voted for me massively and I won the election; but I was not declared the winner and I went to court to challenge it because during that period, the vote from within the urban area was about 40 per cent but only 20 per cent were said to have turned out in rural areas which could not be justified with the reality on ground. I have always been a progressive and I have been consistent.”

‘I DON’T HAVE MONEY FOR POLITICS’

The senator-elect had said although he has no “money for politics, his goodwill will get him to where he wants. Great courage for someone running against an incumbent senate president and former governor.

While speaking at an interactive forum organised for political parties and candidates, he had also talked about leaving his comfort zone to save the constituents.

His words: “This is a discomfort because I worked for an international organization and I was being paid like an expatriate. I don’t have money for politics but what I have is goodwill, and goodwill is more than money. By contesting senatorial as candidate between 2011, 2015 and now, it is based on that goodwill. It is the people that believe in me that have kept me going.”

And truly, his goodwill just took him to the senate; displacing the nation’s number three citizen.