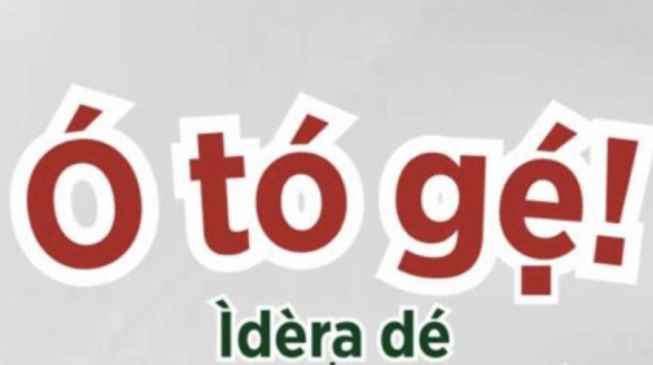 Alabi, who mounted the pulpit to read the Yoruba version of the Bible, asked the congregation to open to Deuteronomy 3:26 and Numbers 16:17, both of which contained the phrase, “ó tó gé.”

Ó tó gé, a slogan of the APC in the state, literally means enough is enough. The party has been using the slogan against Senate President Bukola Saraki, who wields strong political influence in Kwara.

One of the congregants read the verses of the scripture amidst thunderous applause from the church members. When it got to the place where the slogan is, Alabi said “ó tó gé” and left the pulpit without adding another word.

Alabi also visited different churches in Ilorin to solicit prayers ahead of the rescheduled elections.

On the sidelines of the visit to churches, Alabi told NAN that people of the state were more resolute to put a stop to the reign of “dynasty” and vote the government of the people as “symbolised by the APC”.

Some of the churches Alabi visited were First ECWA, the Redeemed Christian Church of God, Christ Apostolic Church, and the Cherubim & Seraphim Movement.

At the RCCG Mount of Joy Parish, Region 4 headquarters, Sabo Oke, Akintunde Abdullahi, the pastor, called on the church members to support the APC candidate.

Abdullahi said: “This is our own, we must support him. I am not a politician, but I love politics and I know we belong to different political parties, but he is our own.

“If I don’t support my pastor, who else will I support? If any of you are interested in politics, I will support you. The era of shying away from politics is over.”