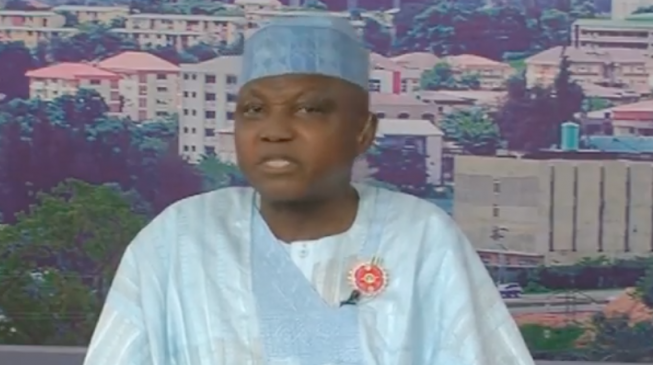 Garba Shehu, presidential spokesman, has defended Nasir el-Rufai, governor of Kaduna state, who came under heavy criticism on Wednesday over his comment on an NTA programme.

El-Rufai had said foreigners planning to intervene in the elections will leave in “body bags”.

The comment prompted the reaction of the European Union Election Observation Mission (EU EOM) which vowed that its observers would not be deterred in carrying out their duties.

In a statement, Shehu said  having made a clarification on the comments he earlier made on the role of other countries and bodies in elections, there was no need dragging the issue further.

“We have taken note of the clarification to a reported earlier statement by the Governor of Kaduna State, Nasir El-Rufa’i, concerning opposition call for foreign interference in our domestic affairs and to say that latest statements by him should rest the issue for good,” he said.

“There is nothing more to sneeze at. The governor spoke strongly in defence of of national interest. It is clear that El-Rufa’i, our party the All Progressives Congress , and all its candidates have reposed their faith in democracy through general elections.

“They are all of the view that there is no place for violence against local people or foreign citizens in our midst.”

On free and fair polls, he said, “The Federal Government under President Muhammadu Buhari will cooperate with election observers and will not let the international community down in the conduct of the coming elections.

“The Presidency assures Nigerians and the international community that the President will do everything within his power to ensure free, fair and credible elections in the country.”