EXTRA: More than 1m dead persons will vote in this election, says Secondus 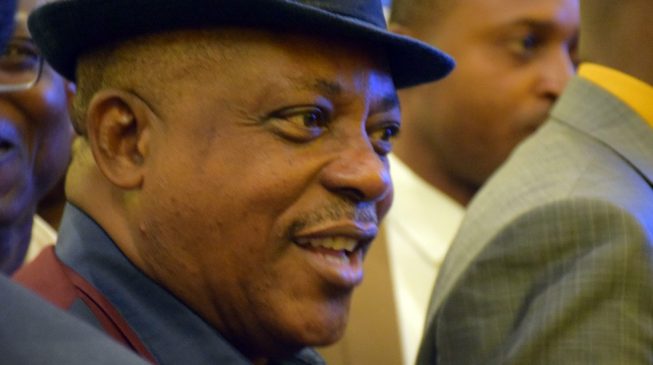 Uche Secondus, national chairman of the Peoples Democratic Party (PDP), says more than one million persons on the national voter register are dead.

Secondus said this on Tuesday during an emergency meeting of Peoples Democratic Party (PDP) leaders in Abuja.

He said the PDP has evidence that “over 1,050,051 dead voters will vote in this election.”

According to him, “the voter register contains the data of dead voters. Permanent voters cards for dead voters were printed and distributed nationwide. The idea of ghost voters is consistent with the nature of this virtual President.”

He said there is a “coordinated approach” to register foreigners as voters, mainly from Niger and Cameroon.

“That is why INEC has established so many polling Units along the border with Cameroon and Niger,” he said.

He said following the successful campaign of the PDP, he can guarantee that “Nigerians have resolved to return PDP to power, in 2019.”

“Overwhelmed by this reality, the ruling party, APC), decided to sabotage the electoral body who had earlier played into their hands by allowing the cabals and other APC hawks to hijack the activities of the commission as contractors and consultants,” he added

This is, however, not the first time the PDP is alleging foul play in the electoral process.

Festus Okoye, INEC director of voter education and publicity, had not responded to a text message sent for reaction to the allegations as of when this report was filed.