EXTRA: Only a stammerer runs away from a debate, says Oshiomhole 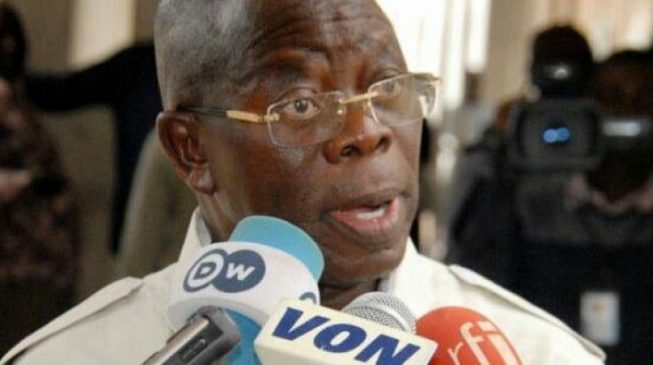 Adams Oshiomhole, national chairman of the All Progressives Congress (APC), says those who stay away from a debate are stammerers.

Oshiomhole said this in Zamfara state during the presidential rally of the All Progressives Congress (APC), on Sunday.

“Only a person who stammers that runs away from a debate. We are not stammerers so we do not run away from debate,” he said.

He asked the people of the state not to vote for the Peoples Democratic Party (PDP), alleging that its presidential candidate has promised to enrich his friends at the expense of his masses.

“Atiku has promised to enrich his friends and if he enriches his friends, he will pauperise the masses. In Buhari, we have a man who has integrity, who cares for masses and who has your interest at heart.

“Vote for Buhari so that the country can make progress.”

Oshiomhole’s comment is coming weeks after President Muhammadu Buhari was severely criticised for boycotting the presidential debate for the 2019 poll.

In protest, Atiku Abubakar, his main challenger, made a last-minute decision to withdraw from the exercise and challenged Buhari to another debate, saying it could take place, anywhere, anytime.