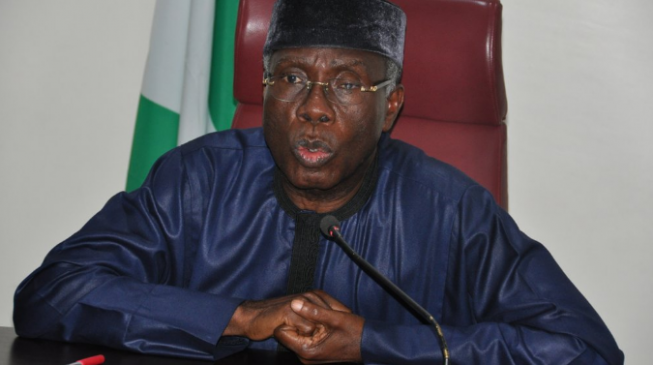 Audu Ogbeh, minister of agriculture and natural resources, says the federal government will place a final ban on the importation of tomato paste before the end of 2019.

Speaking in Kano during a tour of the Dangote Tomato Processing Plant in Kadawa, Kano state, Ogbeh said the ban will encourage massive tomato production.

According to Ogbeh, the federal government has set aside N250 billion through the Central Bank of Nigeria and Bank Agriculture to disburse as soft loans to tomato farmers as part of the Anchor Borrower scheme.

“Federal government will continue to encourage Dangote agro-farms and the farmers to grow massive tomatoes in Nigeria and with this kind of outfit, farmers will earn more with better seedlings from the Dangote greenhouse and get better results,” the minister said, explaining that $22 billion is spent on tomato paste importation annually.

“The farmers will supply to the processor and eventually join tomato breeders in the world. In a short while, Nigeria will simply stop importation and dependence on other sources for tomato supply.”

“The greenhouse plant will produce 3 million seedlings which will supply to farmers. With this hybrid tomato seedling, farmers will be able to produce over 70,000 tons per hectare against the 10,000 tons,” he said.

To this end, this output will encourage farmers to increase their production and provide job opportunity. Let me emphasize the federal government ban on those foods and other items we can produce in this country still remain on the banning list.”

Operations at the plant, which is located outside Kano, were suspended in 2016 after an invasion by Tuta Absoluta, a leaf-mining moth, which destroyed tomato farms.