FLASHBACK: In 2011, INEC moved elections after voting had started! 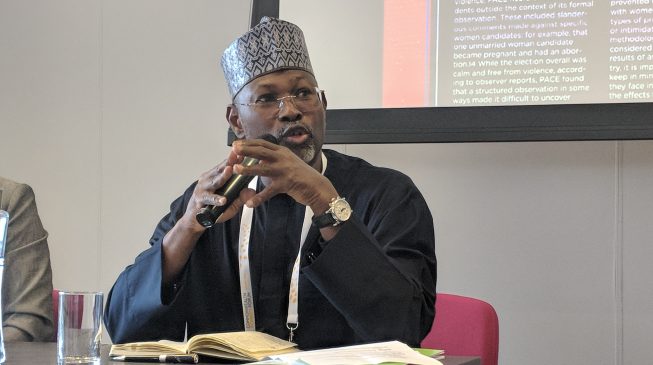 Many Nigerians have expressed disappointment that the 2019 general election was postponed by the Independent National Electoral Commission (INEC) less than 10 hours to the commencement of the voting process.

What about this? In 2011, voting had actually started in some parts of the country when INEC announced that the election had been moved by two days!

The national assembly elections were scheduled for April 2, 2011 and had commenced smoothly in states such as Lagos, Kaduna, Kebbi, Delta, Zamfara and Enugu when Attahiru Jega, a professor and INEC chairman, announced the postponement. Reason: late deployment of electoral materials.

Four years later, Jega would move the elections again, this time by six weeks following pressure from the security chiefs who said they needed time to “diminish Boko Haram”.

TheCable has gone into the archives for the text of the address made by Jega on April 2, 2011 announcing the shift in dates. This is reproduced below.

Dear Compatriots, since this Commission started work in July 2010, I have repeatedly promised Nigerians that in carrying out our duties we shall always be sincere and truthful with Nigerians. I have always said that this INEC will be upfront with Nigerians, telling you exactly how things are – sharing both our successes and difficulties with you.

This is one such occasion. Indeed, it is an emergency. As you know the National Assembly (House of Representatives and Senate) elections are supposed to be taking place as I speak. You would also have noticed that things have not proceeded smoothly as expected with the elections. The reason for this is the unanticipated emergency we have experienced with late arrival of result sheets in many parts of the country. The result sheets are central to the elections and their integrity. Accordingly, in many places, our officials have not reported at the polling units, making it now difficult to implement the Modified Open Ballot Procedure that we have adopted. Not only do we have to enter the results in the sheets, the number of accredited voters is also to be entered in the result sheet. While we could have proceeded with the elections in a few States of the country, where all the materials are available, such as Lagos, Kaduna, Kebbi, Delta, Zamfara and Enugu, among others, in order to maintain the integrity of the elections and retain effective overall control of the process, the Commission has taken the difficult but necessary decision to postpone the National Assembly elections to Monday, April 4, 2011.

I appeal to all Nigerians for their understanding in this difficult situation. We as a Commission appreciate the profound sacrifice that you have all made not just in turning out today, but also throughout this election season. We are greatly encouraged by you and our appeal is that you remain steadfast in this last lap of this electoral process in the interest of all Nigerians and in the cause of democracy.

The Commission will immediately be contacting all political parties, as major stakeholders to explain the situation. I appeal for their support in explaining the situation to their members and supporters.

May I also appeal to all other stakeholders, particularly national and international observers and our development partners for continued understanding. I realize that they have committed enormous resources to this process, especially in deploying observers in the field. However, we think that what is worth doing is worth doing well.

Finally, while we deeply regret this situation and apologise to Nigerians for the hardship this may have created, I would like to reiterate that we are fully committed to conducting free, fair and credible elections for Nigerians. The decision the Commission has taken is weighty; but it is also a very important step in further ensuring the credibility of the elections.