‘He will deliver on the job’ — Fashola endorses Sanwo-Olu 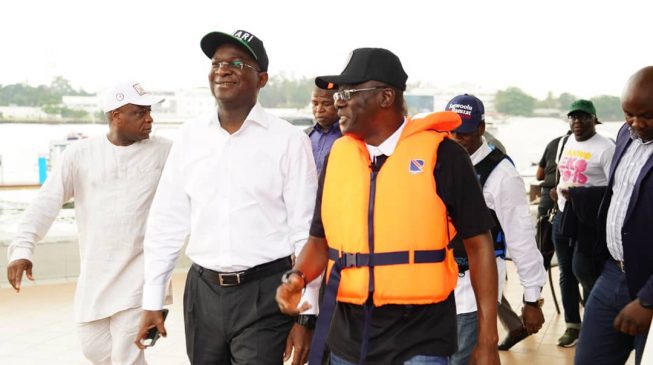 Babatunde Fashola, minister of power, works and housing, says Babajide Sanwo-Olu, governorship candidate of the All Progressives Congress (APC) in Lagos state, is in the best position to lead the state.

Speaking at a pre-campaign event in Surulere, Lagos on Friday, the ex-governor said Sanwo-Olu displayed his “competence” when he served as a commissioner under him.

“I am in a vantage position to tell Lagosians about the readiness of Babajide Sanwo-Olu to govern our state,” he said.

“He served under me as a commissioner and I can attest to his competence. He is a man with a Midas touch and has national outlook. He delivered on tasks given to him and I have no doubt he will deliver if he is charge.

“He is positioned to lead and he is ever ready to lead. I know he is prepared for this job and he will deliver.”

Fashola also hailed the decision of the Coalition of Political Parties in Lagos State (COPPILS), to adopt the candidacy of President Muhammadu Buhari and Sanwo-Olu as their presidential and governorship candidates respectively.

He said the APC was poised to take the country to the “Next Level” with investments in infrastructure and employment to drive economic growth and development.