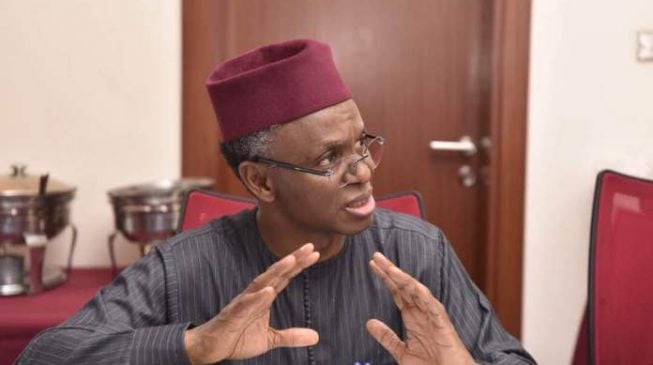 Nasir el-Rufai, governor of Kaduna state, has dismissed criticisms which trailed thethreats he issued to foreigners over the forthcoming elections.

When he featured on NTA on Tuesday, the governor said foreigners planning to interfere with the country’s election will leave in body bags. Body bags are used to convey corpses.

The comment had sparked an outrage, with the Peoples Democratic Party (PDP) calling on the international community to impose travel ban on the governor.

But in a statement which Samuel Aruwan, his spokesman, issued on his behalf on Wednesday, el-Rufai said there was nothing bad about the utterance he made.

“When Malam Nasir El-Rufai appeared on NTA’s Tuesday Night Live, he made comments every patriot can understand. He stood up for Nigeria’s dignity in the wake of those who would traduce their country and reduce it to the status of a colony in their vain quest for power,” the statement read.

“The video of his comments is in circulation. Any fair-minded person with modest familiarity with the English language and unimpaired comprehension can understand it. It does not contain any call for violence. What it is a powerful defence of sovereignty. Are some sections of our political class implying that they will acquiesce in or collaborate with foreign intervention in our country?”

El-Rufai said he never called for violence but warned of the consequences of undue interference.

“Affirming that a country will defend itself against needless intervention is the kind of statement you expect to hear from a patriot. It is not a call for violence. Warning about the consequences of meddling in another country’s affairs is legitimate,” he said.”Malam Nasir El-Rufai has issued a powerful call for vigilance and a clear notice that other countries should not mistake the supine posture of the opposition for national weakness.

“El-Rufai has stood firmly against those who have been trying to divide Nigerians on ethnic and religious lines. He is resolutely opposed to violence, and firmly committed to peace and harmony.”