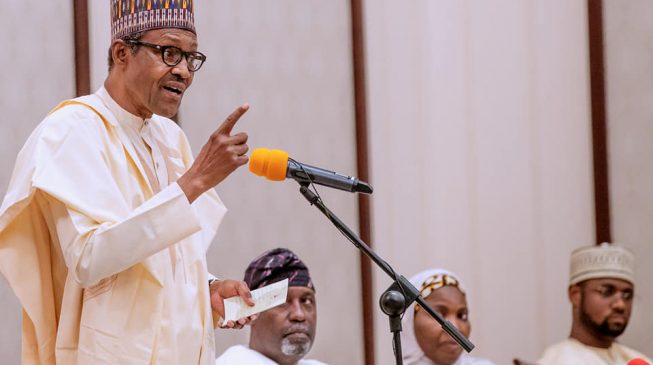 President Muhammadu Buhari says he is disturbed by the exclusion of the All Progressives Congress (APC) in Rivers state from the forthcoming elections.

A high court in Rivers had barred the party from conducting primaries to nominate candidates to represent the party in the elections.

The high court judgement was based on a suit filed by the Rivers APC faction led by Magnus Abe, a serving senator.

Abe had asked the court to annul the congresses and primaries which the rival faction conducted.

Relying on the judgment, the Independent National Electoral Commission (INEC) failed to enlist candidates of the party for the governorship, national and state assembly elections.

The faction headed by Rotimi Amaechi, minister of transportation, had challenged the decision of appeal court at the supreme court barring the

But the apex court dismissed the appeal filed by the faction on Tuesday.

Speaking at an APC campaign rally, Buhari expressed sadness over the court’s decision but said he had to respect the institutions “that I inherited.”

The president assured his audience that he would ensure justice “is done in this country.”

“I am very disturbed by the decision that we are not allowed to participate in some of the processes. I have no doubt that I got elected but I have to respect the institutions that I inherited,” Buhari said.

“I assure you and I recommend that you remain patient and resolute. We will ensure that justice is done in this country.”

The president said there would be security to ensure that Rivers people go to the polls without intimidation.

The judgment of the apex court came after a high court in Rivers voided the party’s congresses in the state.