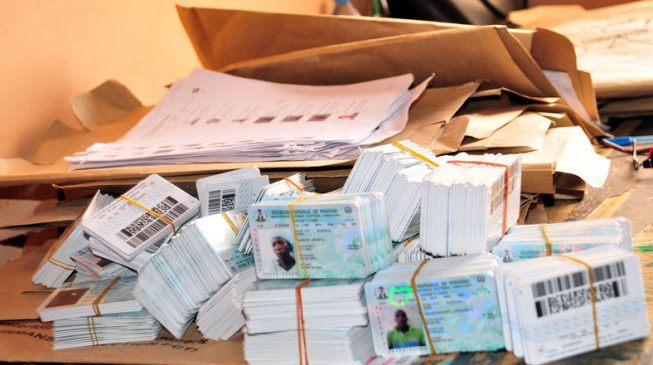 Mahmood Yakubu, chairman of the commission, announced this at a press briefing in Abuja on Thursday.

He said the 72.7 million who have collected their PVCs represent 86.3 percent of the over 84 million registered voters in the country.

In raw figure, Lagos state had 5.5 million collections, followed by Kano with 4.6 million.

The commission had said the total number of registered voters in the country stood at 84,004,084 — just 42 percent of Nigeria’s population which currently stands at 198 million.

This shows an increase of 22 percent in the number of the PVCs collected compared to 2015.

Below is a table of the state-by-state breakdown of PVC collection released by INEC. 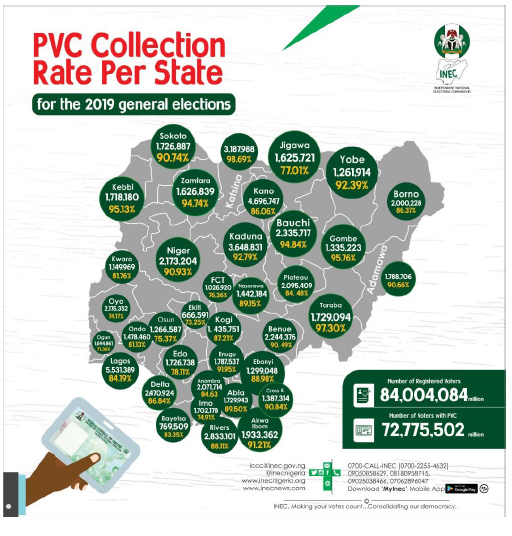 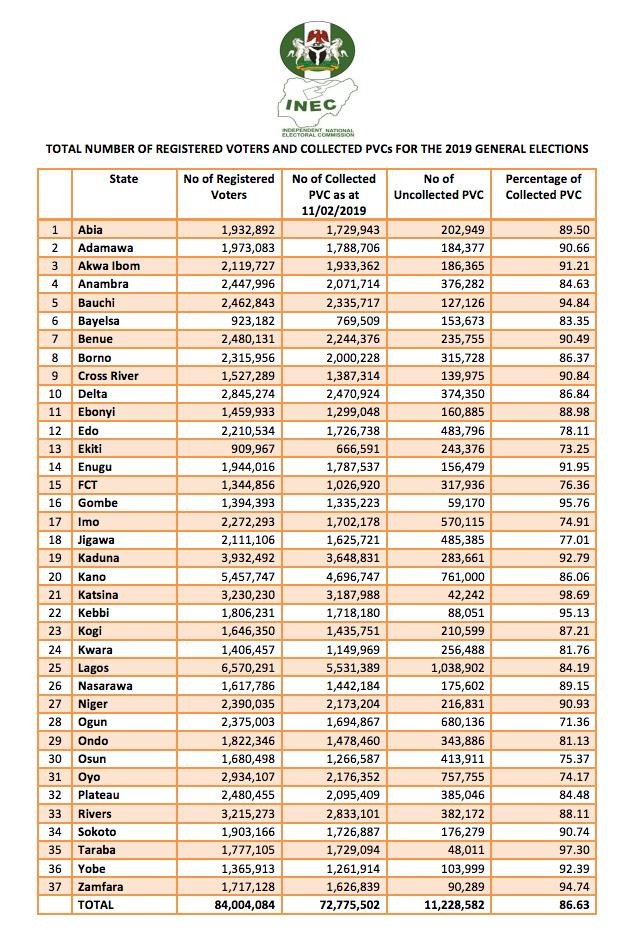