INEC: Campaigns are over — despite poll shift 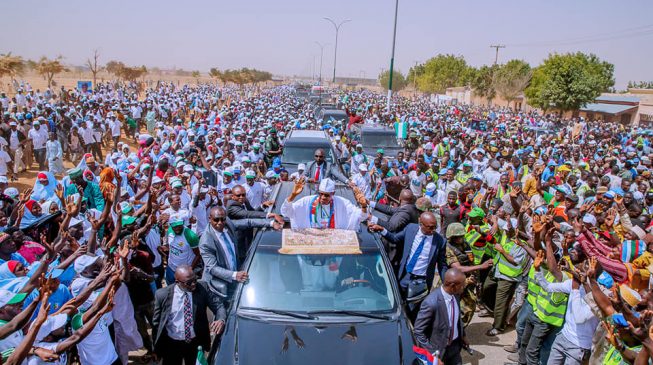 Mahmood Yakubu, chairman of the Independent National Electoral Commission (INEC), says campaigns for the elections have not been extended.

Yakubu spoke at a briefing with various stakeholders on Saturday including the media, representatives of political parties and election observers following postponement of the elections.

When asked if politicians would be given opportunity to campaign in the week to the new date, Yakubu said no.

According to Section 101(1) of the Electoral Act, 2010 (as amended) all forms of political campaigns must end exactly 24 hours before the elections commence.

Any individual or corporate body found wanting would have committed an offence liable to a maximum fine of N1 million for a corporate body and N500,000 or a 12 month prison sentence for an individual.

Osita Chidoka, a representative of the Peoples Democratic Party (PDP) at the event, also said there was need for campaign to be extended.

“We need to keep informing and mobilising our supporters. We understand and have agreed with INEC that the election should be postponed, INEC ought to also give us opportunity to motivate our supporters to come out rather than staying silent”, but again, the INEC chairman said: “No.”