INEC: Many parties yet to submit names of polling agents — six days to election 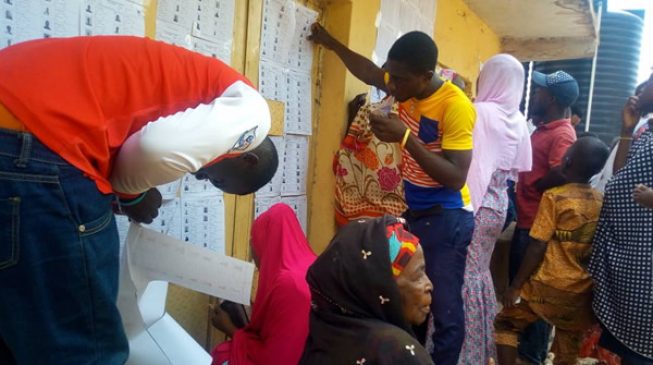 The Independent National Electoral Commission (INEC) has directed all political parties participating in the forthcoming elections to complete the processes for the submission of the names of their polling agents by Monday.

The commission gave the directive in a statement issued by Festus Okoye, INEC national commissioner, and chairman, information and voter education committee.

Okoye explained that in its timetable and schedule of activities for the elections,  INEC had fixed February 1, as the last date for the submission of the name, two passport photographs of each polling agent and sample signature for the presidential and national assembly elections scheduled for Februay 16.

Okoye said the commission at its meeting with all resident electoral commissioners (RECs) in Abuja on Friday reviewed its state of readiness for the general election, the national and state elections, scheduled for February. 16 and March 2.

He added that in less than three weeks to the deadline for the submission of the list of candidates for the governorship and state assembly elections, only few political parties had complied with the extant provisions of the law.

“Most of the lists submitted are not accompanied by the photographs and specimen signatures of the poll/party agents as required by law,” he said.

“The Commission has decided as follows: All political parties that submitted incomplete applications without the specimen signatures and photographs of the poll/party agents are strongly requested to regularize this on or before close of work on Monday the February 11.

“All political parties are reminded that February 16, is the last day for the submission of the names, photographs and specimen signatures of poll/party agents for the Governorship, State Assembly and Area Council elections.

“It is unlawful for political parties to deploy poll/party agents whose names have not been forwarded to the Commission and duly accredited in accordance with the law.

“The security agents have been so informed and no recognition, right or privilege will be accorded to anyone not accredited by the Commission.”