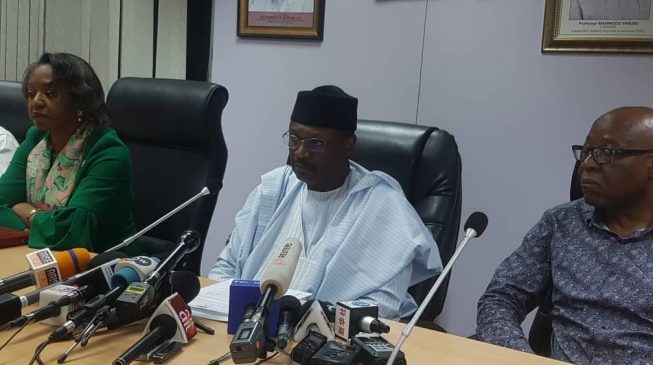 The Independent National Electoral Commission (INEC) has moved the presidential and national assembly elections till February 23.

The governorship and state assembly elections will now hold on March 9.

He said the decision was taken after a careful review of the plan for the exercise.

“Following a careful review of the implementation of its logistics and operational plan and the determination to conduct free, fair and credible elections, the commission came to the conclusion that proceeding with the elections as scheduled is no longer feasible,” he said.

“Consequently, the commission has decided to reschedule the Presidential and National Assembly Elections to Saturday, 23 February 2019.

“Furthermore, the Governorship, State House of Assembly and Federal Capital Territory (FCT) Area Council Elections is rescheduled to Saturday 9th March 2019. This will afford the Commission the opportunity to address identified challenges in order to maintain the quality of our elections.

“This was a difficult decision for the Commission to take, but necessary for the successful delivery of the elections and the consolidation of our democracy.”

He announced that the commission will meet key stakeholders to update them on the development at 2pm on Saturday.

INEC had summoned stakeholders to an emergency meeting on Friday night following logistics problem in some states.

In Ekiti state, electoral materials had not arrived some areas as of 9pm. There were also issues in Lagos, Akwa Ibom, Taraba and Rivers.

In 2011, the national assembly elections were postponed because of insufficient materials shortly after voting had commenced nationwide.

Four years later, elections were moved by six weeks to allow the military tackle the Boko Haram insurgency in the north-east, although many thought it was because the incumbent government was afraid of losing.