‘Is it because he patronises UK hospitals?’ — group knocks May for congratulating Buhari 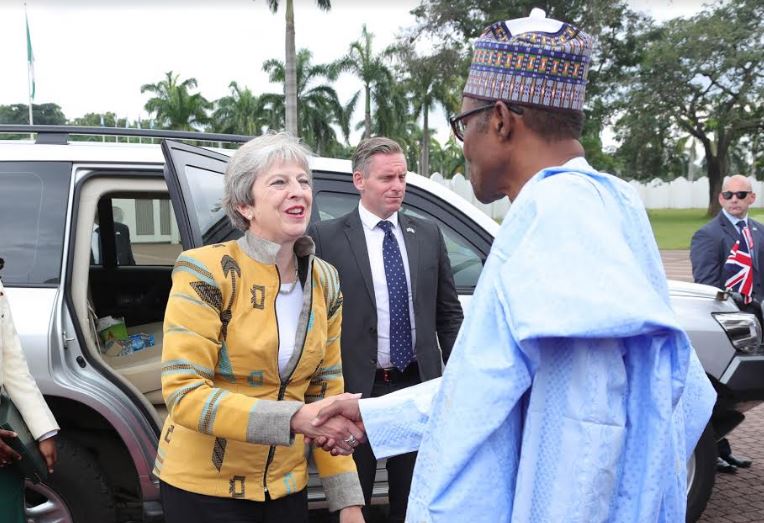 The Mandate Protection Vanguard (MPV), a pro-democracy group, has taken a swipe at Theresa May, UK prime minister, for congratulating President Muhammadu Buhari over his victory in the election.

On Wednesday, the UK congratulated Buhari for winning a second term in office.

Harriett Baldwin, UK’s minister of state for Africa, said Nigerians could have confidencein the outcome of the presidential election that held on Saturday.

However, Celestine Eromonsele, MVP national president, wondered if the poll would be accepted in her country.

While describing her action as “an endorsement of illegality”, Eromonsele demanded an apology from May.

“Manipulations and rigging of the elections. What started as a peaceful election ended up being one of the most horrible daylight rape of our democracy. Ballot boxes were snatched and some destroyed by fire,” he said.

“Pre-thumb-printed ballot papers were stuffed into the ballot box. Breach of the INEC security measure was evident with the use of 2015 stamps.

“We ask Theresa May whether standard used to conduct last Saturday’s presidential election in Nigeria where so many people died, ballot boxes snatched, military personnel deployed to the strongholds of the major opposition party, PDP to disenfranchise voters are what she termed free, fair and credible?

“Is it because Gen. Muhammadu Buhari is patronising UK hospitals, reason she was endorsing illegality?.”

He asked US and EU not to congratulate the president.

“We hereby call on United States and the European Union not to tow the path of Theresa May. We urge EU to reject the election in the name of fairness,” Eromonsele said.

“America is known for justice, European Union should stand firm against the sham and rape of of democracy going on in Nigeria.”