‘Is it govt money? What is your headache?’ — Tinubu speaks on two bullion vans at Bourdillon 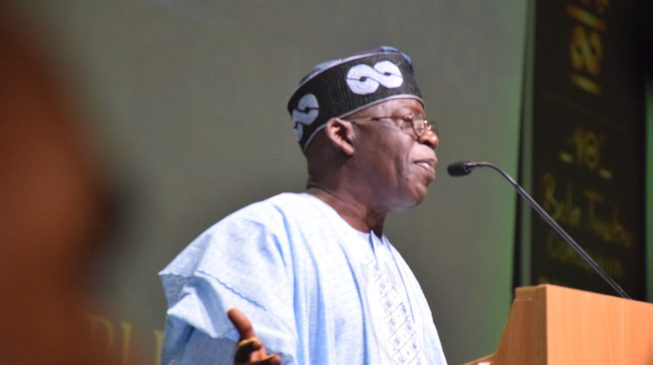 Bola Tinubu, a national leader of the All Progressives Congress (APC), says the bullion vans seen at his residence on Saturday are not ballot papers, but money, which belongs to him, and not for any government agency.

On Friday, viral pictures on social media showed two bullion vans driving into Tinubu’s residence, as many people looked on — just outside the residence.

After voting in Alausa on Saturday, Tinubu was asked about the vans, in relation to the ongoing elections, and he said: “Bullion vans? Are those ballot paper?”

“Excuse me, is it my money or government money? I don’t work for government, I am not in [any] agency of government. Let anybody come out to say I have taken any contract from the government of President Muhammadu Buhari in the last five years,” he said.

“They should prove it. I am on my own, and I am committed to my party. So, even if I have money to spend in my premises, what is your headache?

“Excuse me, if I don’t represent any agency of government and I have money to spend, if I have money, if I like, I give it to the people free of charge. As long as not to buy votes.

“So, who are those watching my house and looking at Bullion vans? They must be mischief makers, they report falsehood, their lies are numerous, and its because they are jobless.”