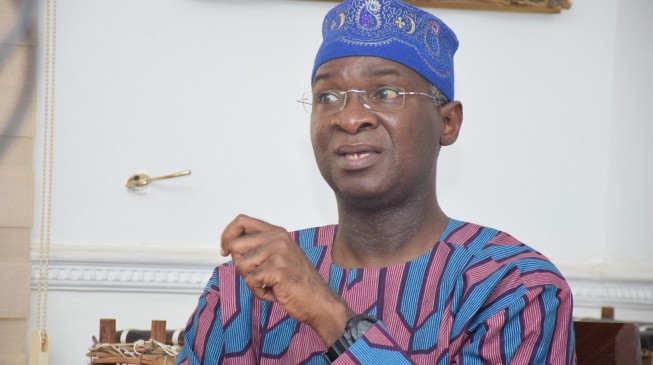 Tunde Fashola, minister of power, works, and housing, has called on Nigerians to slow down on childbirth.

The minister, who was a former governor of Nigeria’s most populated state, Lagos, said any culture that encourages birth without control is a culture that is unproductive.

Speaking at Babatunde Raji Fashola (BRF) Gabfest 2019, Fashola said: “We have to manage our numbers; if your income is not growing, you can’t just be having children, and it is a conversation we must have as a nation, its a serious conversation”.

“If truly we agree that there is poverty, that there is unemployment, then there must come a time as a people, we must have consensus and say ‘let’s slow this down a little bit’ so that we can deal with those who are here.

“Otherwise, those who are coming in are coming into poverty. That is not such a difficult matter to agree on. So you guys out there who are still doing that business, please slow it down.”

The minister said he has not asked Nigerians to stop giving birth, but he has only requested that they slow it down.

“Just slow it down, I didn’t say stop it. Abimbola and I stopped this business 18 years ago, so it’s not every time you have to score goals. But we need to control these numbers,” Fashola added.

“And those who say culture, that culture is an unproductive culture, it is a culture that will tie us down in backwardness, and we have to leave it behind. If you can manage 20, by all means, go ahead.

“But if your resources can manage two and you go and have 10, ah, we leave that matter. We have to confront these things, they have held us back for too long.”

Nigeria currently has a population of about 198 million people, estimated to exceed 400 million by 2050 — based on current growth levels.