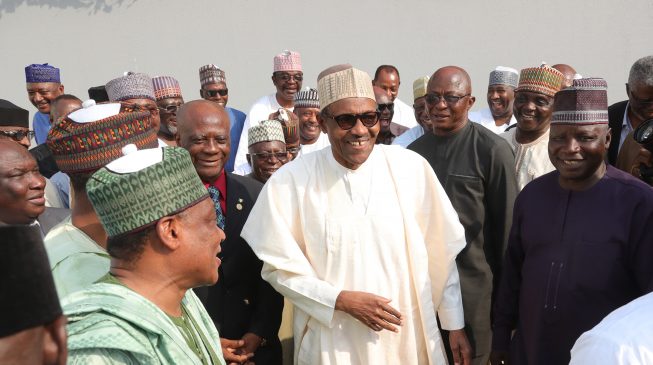 He was at the presidential villa on Monday, in company with other retired military officers who endorsed the president for another four years in office.

They were led by former military administrator of Lagos state, Buba Marwa, a retired brigadier-general who currently heads the presidential advisory committee on the elimination of drug abuse in the country.

Marwa said if Buhari had failed in his duties, they would not have endorsed him.

He said: “As an officer and a gentleman, his word is his bond. After winning the elections, he brought out simple three-points programme – security, economy and fighting corruption. He led the fight and is leading the fight by personal example. That is the height of leadership. Do as as I do not as I say. He has demonstrated that.”

Asked if the endorsement was out of fear, Marwa said: “Absolutely not.”

The most senior of the retired officers, Jubrila Ayinla, a vice admiral and former chief of naval staff, said future generations would acquit President Buhari.

“On behalf of the generals here today, I congratulate you on the tremendous work done by this administration, and wish to state unequivocally that we are proud of you and fully behind you in the presidential elections next week. We pledge our full support and continued loyalty,” he said.