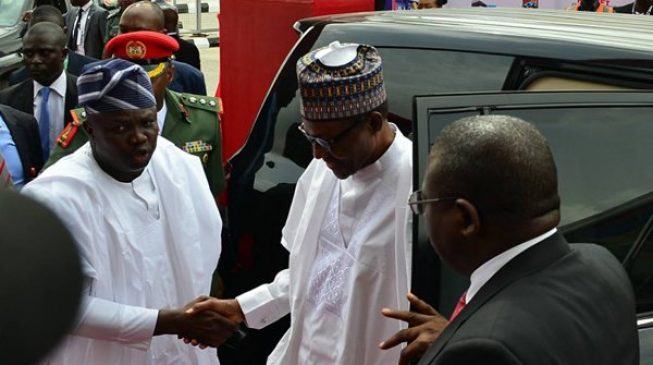 The Lagos state government has reversed the decision to close 18 major roads for the campaign visit of President Muhammadu Buhari.

Buhari is expected in Lagos, on Saturday, for the grand finale of his reelection campaign across states.

Demola Seriki, a former minister of state for defence and chairman, transport committee of Buhari’s campaign visit to the state, had said access would be restricted on 18 major roads in the state.

Seriki had said movement would be diverted on the roads to prevent motorists and commuters from being stranded.

But at a press conference in Alausa on Friday, Ladi Lawanson, commissioner for information, said there would no longer be road closure.

Lawanson asked residents to feel free to go about their businesses.

“Lagosians have been very apprehensive that there will be traffic gridlock and we got a lot of feedback that we intend to grind Lagos to a halt,” he said.

“People are apprehensive; they think we are going to shut down Lagos; they think movement would be restricted and they are bracing themselves for what they anticipate would be the hardship that would be visited on them by the president’s visit and our own activities.

“The purpose of this press conference is to clarify that and to state emphatically that there will be from zero to minimal adverse effect of the President’s visit tomorrow. I repeat, there will be between zero to the barest minimum amount of disruptions to the normal movement that Lagosians undertake on a Saturday like tomorrow.

“So, there will not be any road closures in Lagos tomorrow and Lagosians are free to go about their normal businesses tomorrow, Saturday.”

He said adequate arrangement had been firmed up to ensure free flow of traffic, but that residents should expect tight security around the routes which the president is expected to pass through in the course of his visit and the venue of the rally.