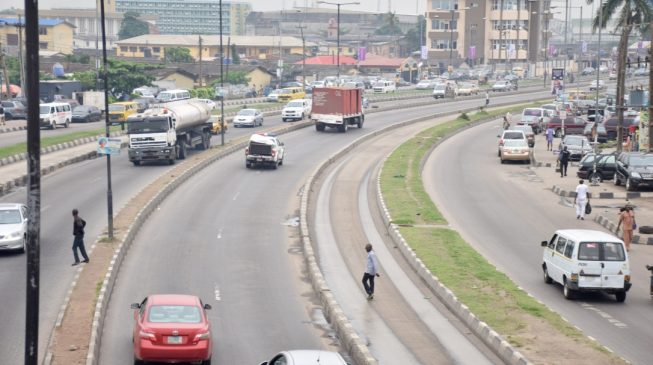 Who would imagine a light traffic on Ojuelegba bridge on a Friday afternoon? Who would think of free flow of traffic at Costain on a weekend? Even during festive periods these major roads in  Nigeria’s most populous city are usually busy while helpless residents are forced to bear the burden imposed on them by the of activities of truck drivers.

Even law enforcement agents are powerless. In November, Hyginus Omeje, sector commander of the Federal Road Safety Corps (FRSC) in Lagos, said trucks and tankers parked on roads are linked to powerful Nigerians and his men were handicapped to enforce traffic regulations that could lead to arrest and prosecution of the drivers of those heavy duty vehicles.

“My officers often try to enforce arrest and subsequent prosecution, but the culprits mostly go free after one influential person calls from Abuja, demanding for the release of the impounded vehicles. This is a daily occurrence that has been impeding the operations of the FRSC in tackling the wharf access road crisis,” he had said.

Although Omeje was referring to roads in Apapa, where vehicles from all over the country head to tank farms and depot to load petroleum products, the menace constituted by truck drivers stretch to Eko bridge, Iponrin, Costain, Ojuelegba bridge, the ever-busy Ikorodu road and other parts of the cosmopolitan city. 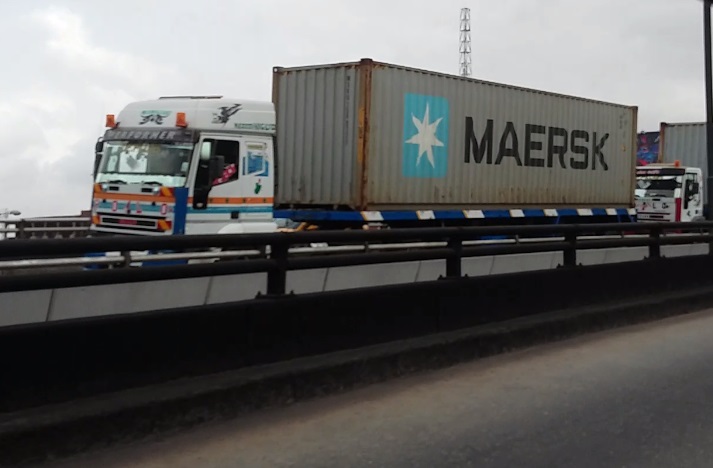 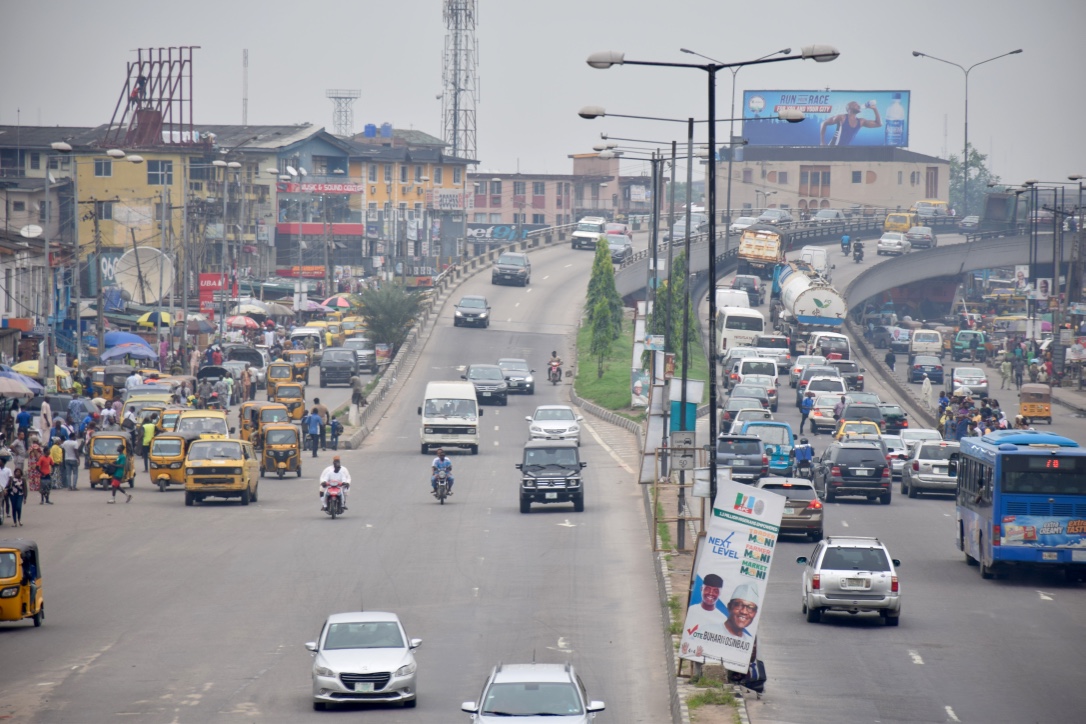 Imagine a light traffic on Ojuelegba bridge on a Friday afternoon

Residents experience manhour loss, commercial bus operators hike fares while a journey that should ordinarily not take 15 minutes end up running into hours. When TheCable visited Apapa in July, a driver who simply identified himself as Daniel, said while it took him five days to get to Lagos from Plateau state, he had spent over one week trying to access the port to get petroleum products. Daniel’s inability to get to the port had effect on road users as his trailer was parked on a moving lane. The driver’s story captured what port users experience frequently and the attendant traffic woes for Lagosians. The situation remained unchanged for years but on Friday, residents woke to tanker-free roads; the articulated vehicles which grind the city to a halt and make life a nightmare for road users, were out of sight. Thanks to the presidential rally of the All Progressives Congress (APC). Ahead of President Muhammadu Buhari’s visit, authorities in the state had made plans to ensure free flow of traffic and one of the ways of making that happen was sending heavy duty vehicles off roads and bridges. 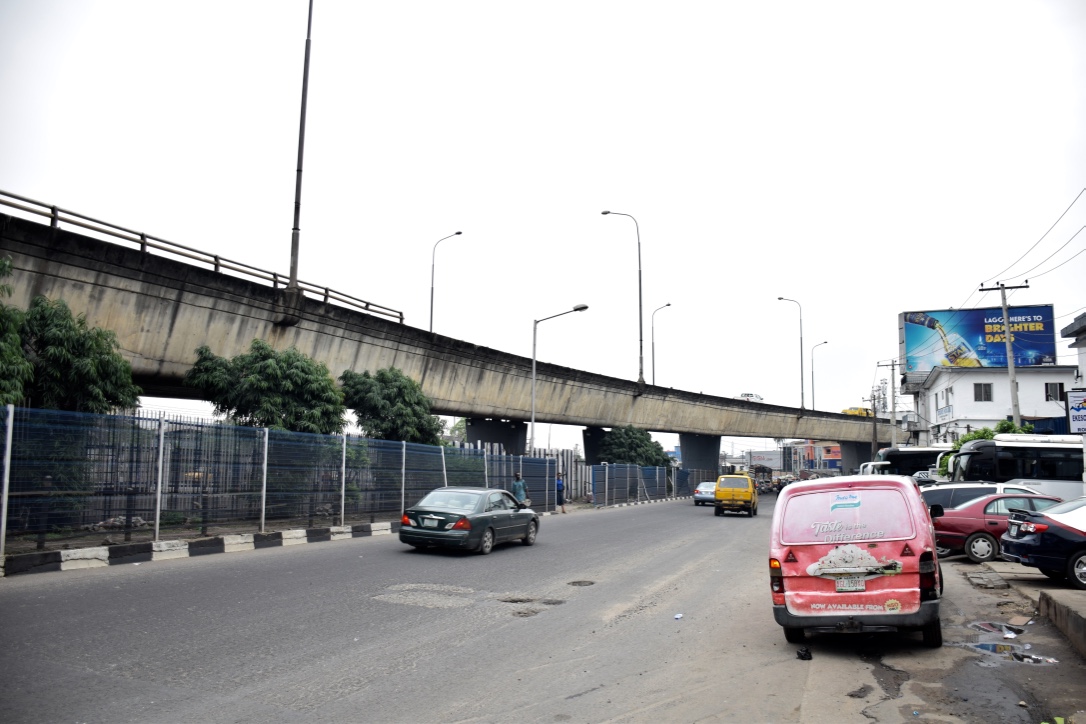 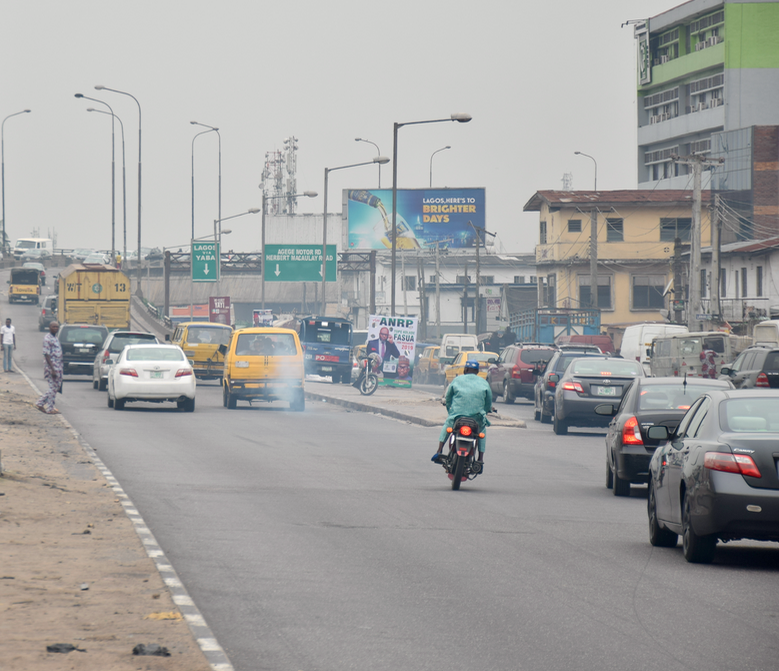 “You see what we complain about, the government knows the right thing. About 2000 trucks on this bridge but immediately they heard Buhari was coming, they cleared everything,” a policeman told TheCable at Eko bridge on Friday afternoon.

“Tomorrow, before Buhari enters his plane, what am I saying? Before he gets to the airport, the trailers would be back on the roads. We know it is because of him they disappeared. They just keep pretending, they don’t want to be embarrassed. Then, Buhari comes and he would say the roads are free.”

At Jibowu, shop owners were unwilling to comment on the situation. When our reporter approached some staff at a bus park, they said they had been warned not to speak with anybody regarding the improved traffic situation as a result of the evacuation of tankers.

But some motorists and commuters freely shared their experience. Most of them expressed surprise over the free flow of traffic, claiming the state government knew the right thing to do but decided to turn deaf ears to the cries of the people. “It’s amazing that for so long, Lagosians have cried, suffered and pleaded with the government, federal and state, to do something about the trucks but they turned deaf ears,” the resident who pleaded anonymity said.

“All of a sudden, there’s APC rally for Buhari in Lagos and space fell from heaven at the port for these trucks to pass. Today, what has been taking about 30-40 minutes for a one kilometre journey within Surulere literally took 10 minutes? 10 minutes!, Imagine all that productive time I have wasted because my life and the lives of Lagosians are less worthy than the life of a president who was elected to serve.”

Olakunle Kazeem, an operator of the tricycle better known as “Keke NAPEP” or “Marwa”, who opened up the conversation in pidgin, said: “No traffic today…the traffic dey always affect our work, the fuel wey you buy no go dey enough for you. I’m happy that all these trailers no dey road today o. 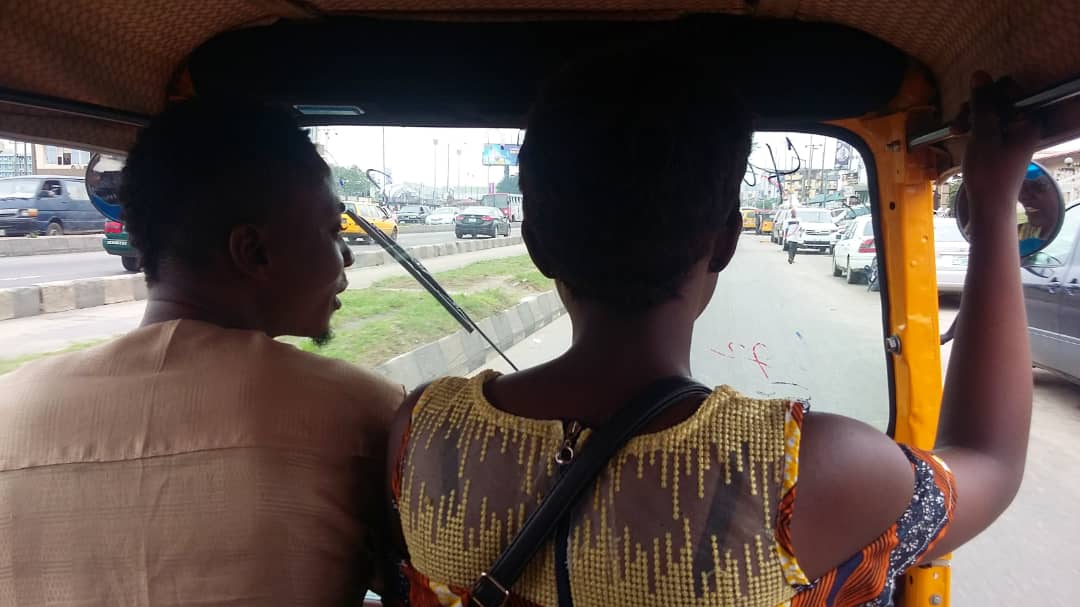 The reporter seated next to Kazeem

“They  removed all these trailers because of Buhari, may they never return here till the second coming of Jesus. I’m not joking, please. These trailers have been affecting our business negatively. Once they are on the road, we go through the inner streets and this doesn’t favour us. A journey of 20 minutes will take one hour and we increase the transport fare because we spend more on fuel.” 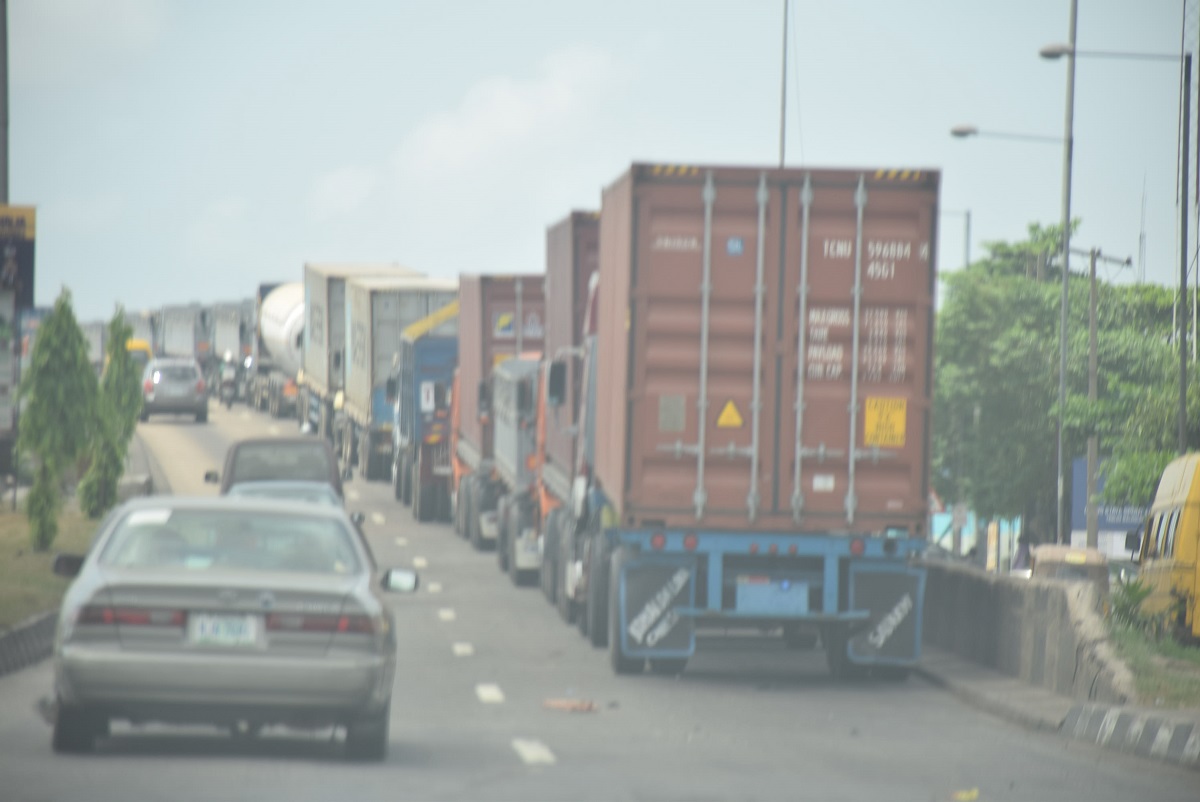 “Because of these trucks, we spend up to three hours from Iponri to CMS,” said a bus driver,

“To avoid the stress and waste of time, we go through the streets. We had roads that we could not use but imagine how everything is working perfectly now. 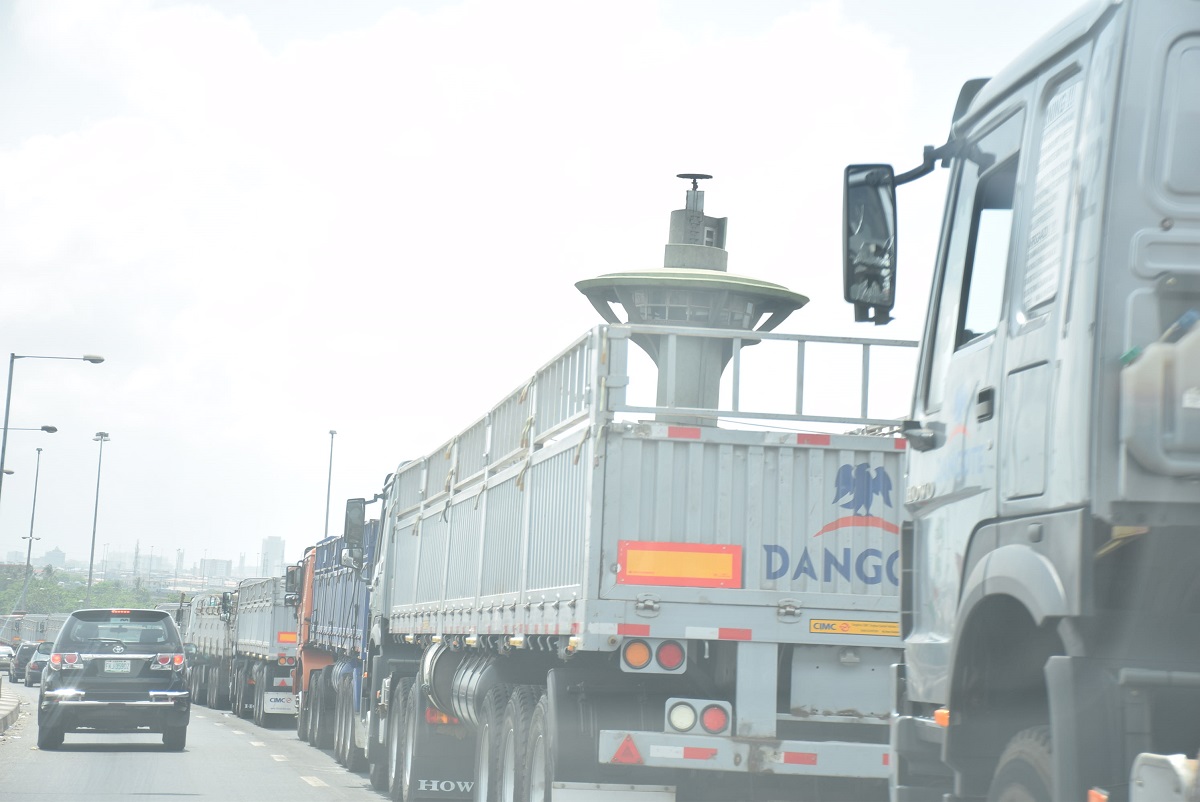 Trucks on Eko bridge before the evacuation 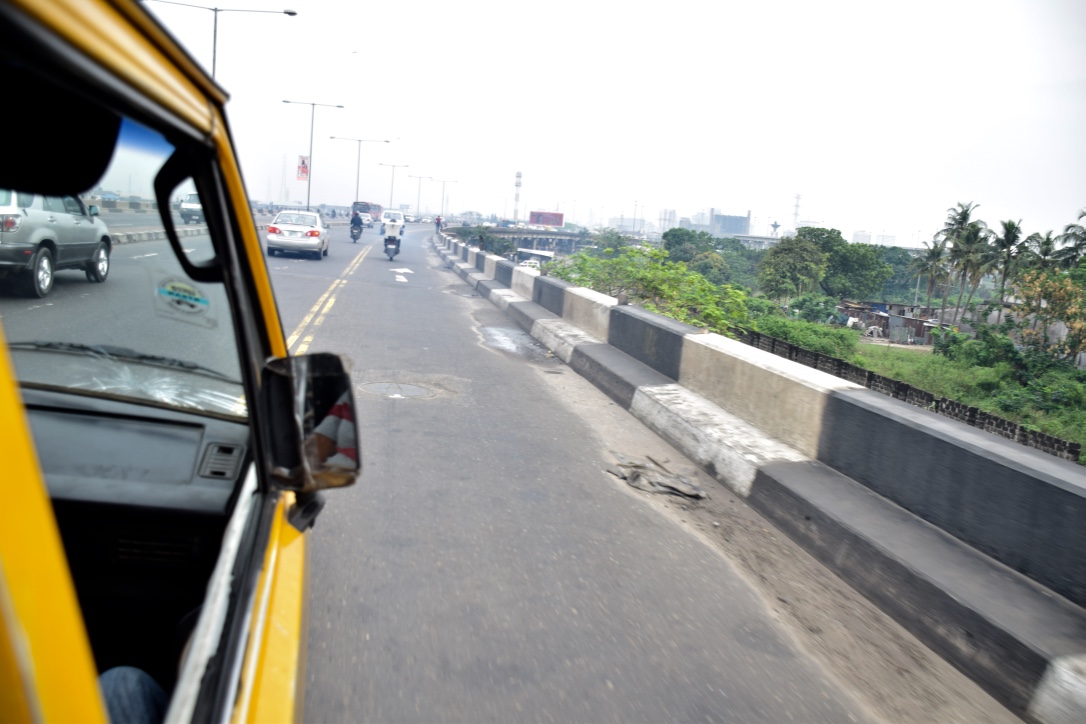 Eko bridge after the evacuation 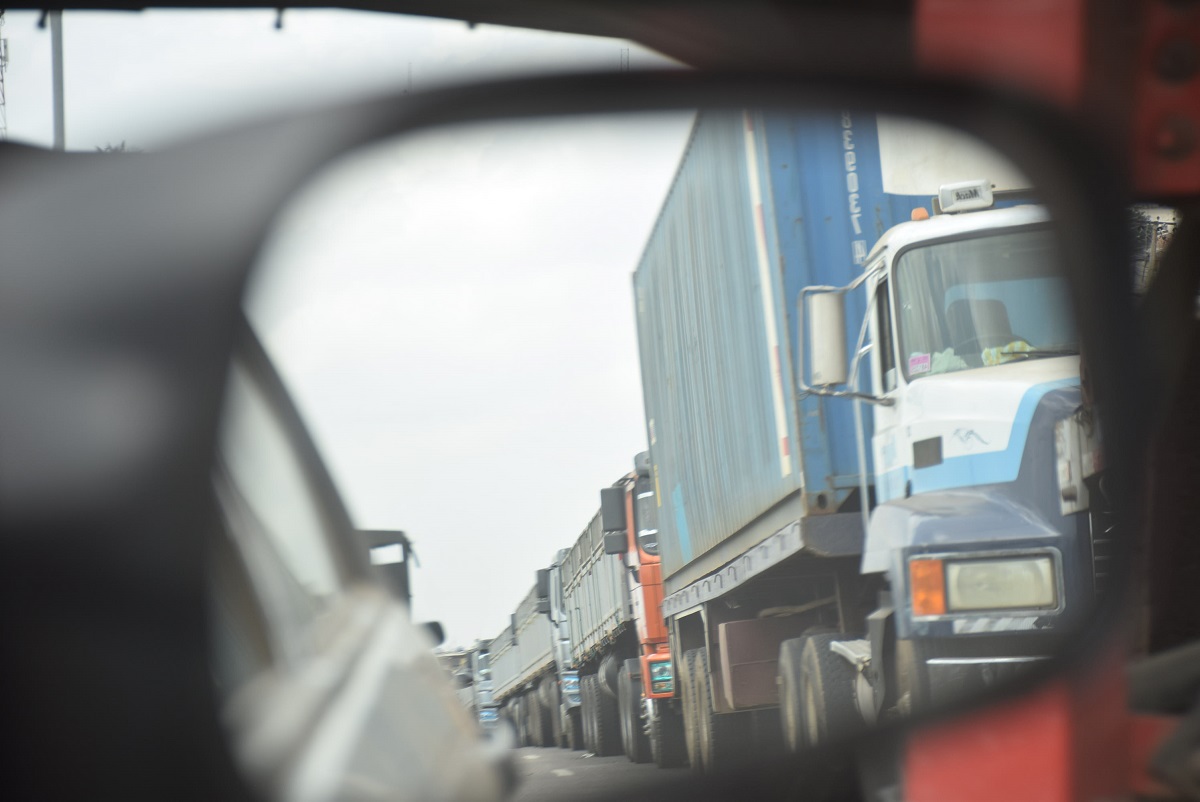 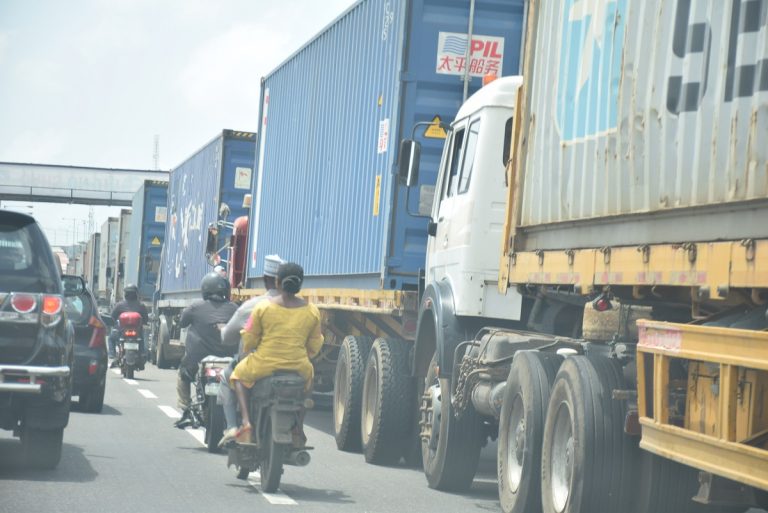 Fastest way to beat the traffic is by using ‘Okada’

Another resident said: “I hope they would even fix the roads, but alas no! The convoy would use SUVs with heavy duty tyres. The drivers have probably studied the routes to know where the potholes are.” 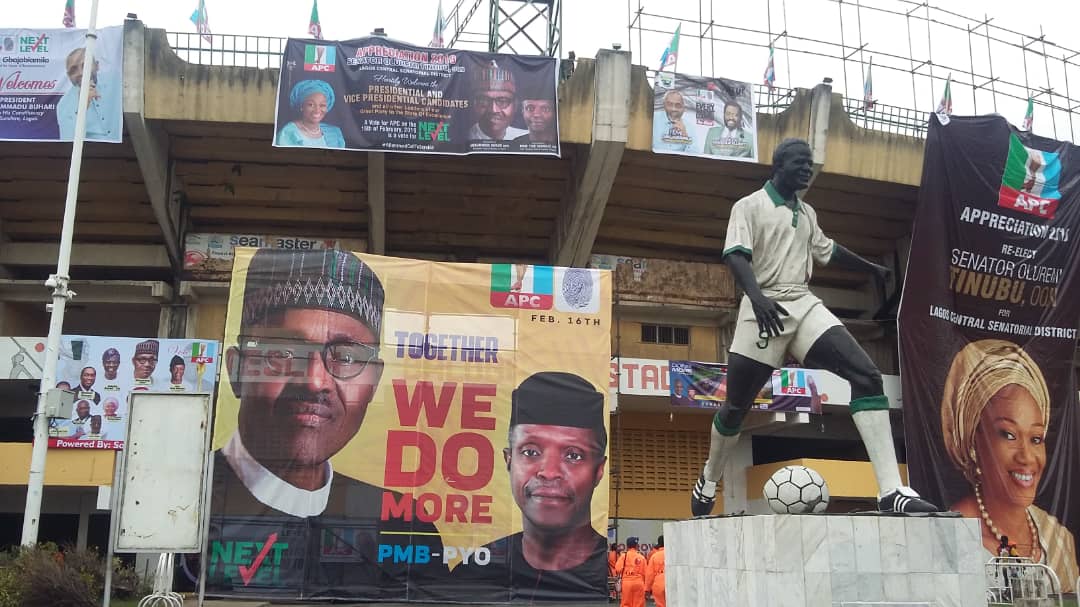 Teslim Balogun stadium being set for the rally

Some residents also commented about the absence of the trucks via social media. 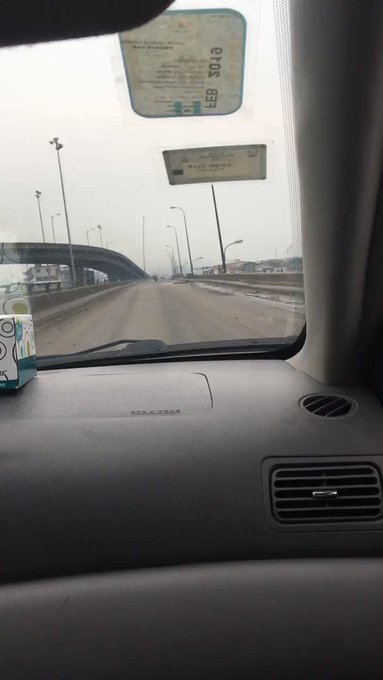 No trucks parked on the road , Apapa is so free this is almost 1 pm . 10 mins drive @Gidi_Traffic

18 people are talking about this

"@cheve1810: @Gidi_Traffic Tankers and trailers disappeared in a flash because the president is coming to Lagos tomorrow. As in, not a single one on Eko bridge and you tell me these leaders are not intentionally mean to the citizens of this country? #GIDITRAFFIC

19 people are talking about this

President is coming for a rally, then all trucks disappear.
Lagosians move daily but are left to face the dangers and struggles of the trucks parked on the road.
The interpretation is, your president is more important than any one in this country. They don't care about you.

21 people are talking about this

So apparently it's not rocket science to remove trucks on the roads. At least the president and VP's presence in town has shown that! The Lagos state government @followlasg has some explanations to make! @Gidi_Traffic

Not sure if I’m impressed or utterly disgusted at how quickly these tankers have suddenly disappeared from our roads. Couldn’t believe my eyes...

885 people are talking about this

The APC presidential campaign will kick off at the Teslim Balogun stadium in Surulere in a few hours. Plans were underway for the rally as of the time this report was filed. According to a report, the helicopter which will convey the president from the airport will land at the National Stadium, adjacent the venue of the rally and Buhari is expected to take a brief walk. If some Lagosians had the opportunity to interact with the president even for two minutes, they’ll appeal to him to get the trucks off the roads and bridges permanently.