Onnoghen’s lawyer: I was framed up with $30,000 bribe because I exposed Paris Club fraud 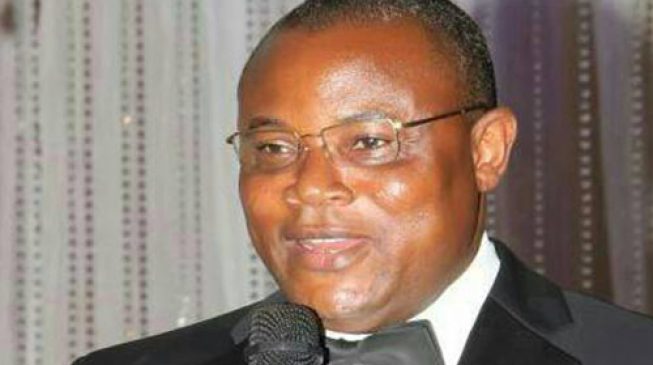 Joe Agi, a senior advocate of Nigeria (SAN), has denied the allegation that he paid a bribe of $30,000 to Walter Onnoghen, suspended chief justice of Nigeria.

The Economic and Financial Crimes Commission (EFCC) had traced a deposit of $30,000 made by Agi into Onnoghen’s account.

Sources had told TheCable that the deposit was made sometime in 2009 while a series of “suspicious payments” were also traced to Onnoghen’s accounts between 2011 and 2013.

But in a statement on Thursday, Agi said the money was from allowances on seminars, holidays, conferences or medical trips abroad.

Agi said he advised Onnoghen against travelling abroad with cash and that the suspended CJN gave him the money to pay into his account after he told him about domiciliary account.

Agi is one of the lawyers defending Onnoghen in his asset declaration case before the Code of Conduct Tribunal (CCT).

“I, Joe Agi, SAN have been acquainted with Justice Onnoghen, JSC in our days as Lawyers in Calabar, Cross Rivers State from the 1980s’ before he was appointed a High Court Judge,” he said in the statement.

“My Lord Justice Onnoghen said he had no idea since opening of foreign account was forbidden for Public Officers. I informed him that domiciliary account is not a foreign bank account as it is opened and operated within the local banks in Nigeria.

“It was on this note that I went to my banker Standard Chartered Bank and obtained Account Opening Forms for him as a friend and Senior Brother. He completed the Forms and I refereed him. He gave me $30,000 being left over of his allowances for overseas seminars, holidays, conferences or medical trips to deposit for him as the first deposit. This I did in 2009 i.e 10 years ago. After that, he operated the account himself without me paying even a cent into that account till date.

“Now 10 years after, I am again being vilified and accused of giving Justice Onnoghen bribe. If I may ask; bribe for which case? In the Supreme Court panel they sit in 5 or 7 persons, was the $30,000 for the 5 or 7 Justices? And for which case? This is another huge joke aimed at vilifying my person by the same cabal who are hell bent on tarnishing my image as an aftermath of the exposure of the Paris Club fraud.”

GOVERNMENT AFTER ME FOR ‘EXPOSING FRAUD IN PARIS CLUB REFUND’

Challenging the EFCC to come with proof that the $30,000 deposit he made for Onnoghen was a result of bribe, Agi said the government is after him for the role he played in exposing “fraud in the Paris Club refund”.

“Following the illegal and fraudulent deductions from the local government accounts,  I Joe Agi SAN exposed and tenaciously fought for the refund of the illegal deductions of the sum of $3.18 Billion corruptly deducted from the accounts of Local Government in Nigeria at the Federal High Court in Suit No. FHC/ABJ/CS/130/2013,” he said.

“Instead of investigating and prosecuting those who stole the money, the Government acting through its agents and agencies such as Abubakar Malami, SAN (The Attorney-General of the Federation and Minister of Justice) and the Economic and Financial Crimes Crime Commission (EFCC) unjustifiably framed me up and charged in a trumped up and baseless charges of bribing Justice A. F. A. Ademola, the trial Judge, with N30M and a car to give the Paris Club Refund Judgment.

“The charge has since been quashed by the Court and I, Joe Agi, SAN was discharged and acquitted.

“Is this not a case of the corruption fighting back? The Federal Government did not even go on Appeal against the Judgment as it does not have any case but to bury its face in shame.”

Agi said prominent people in the present government have fraudulently taken the legal fees due to him from the Paris Club refund and the EFCC have seen nothing wrong with it.

He added that government should be sincere about fighting corruption and not be engaged in deliberate destruction of the names of its citizens whom they perceive as enemies.