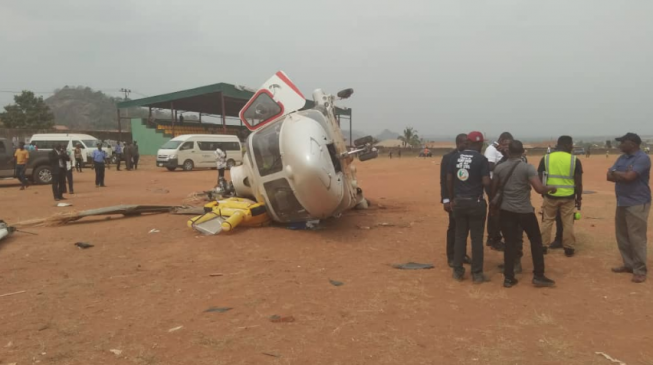 The chopper carrying Vice-President Yemi Osinbajo and members of his team crash-landed in Kabba, Kogi state.

This was disclosed by Laolu Akande, senior special assistant to the vice-president on media and publicity.

The vice-president is safe.

“VP Osinbajo’s Chopper crash lands in Kabba, but he and the entire crew safe. He is continuing with his engagements and plans for the day in Kogi State,” Akande said via Twitter. 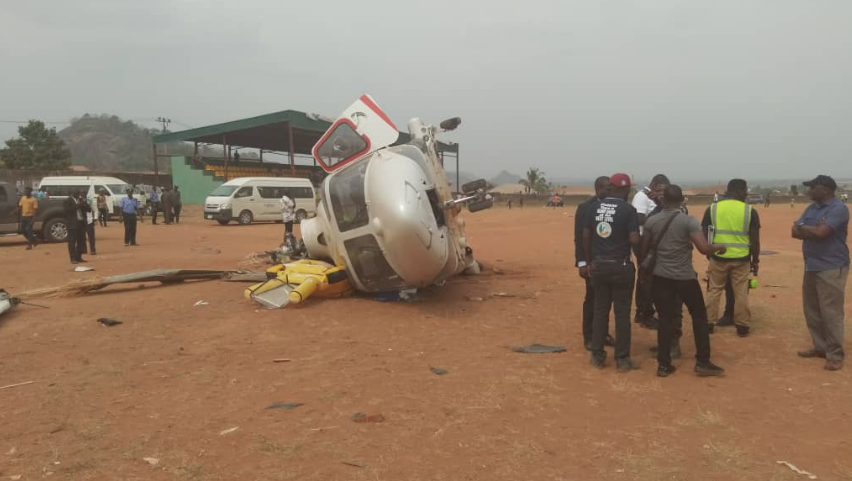 Osinbajo’s Chopper after the air mishap

Osinbajo came out of the chopper unscathed, and immediately continued his business in Kabba, receiving a warm welcome from residents as his team drove through the town.

The vice-president has been going from state to state campaigning for the reelection of President Muhammadu Buhari, and the All Progressives Congress candidates across the country.

Osinbajo was in Ondo state on Thursday and Friday, campaigning across Ile Oluji, Idanre, and other towns in the state.