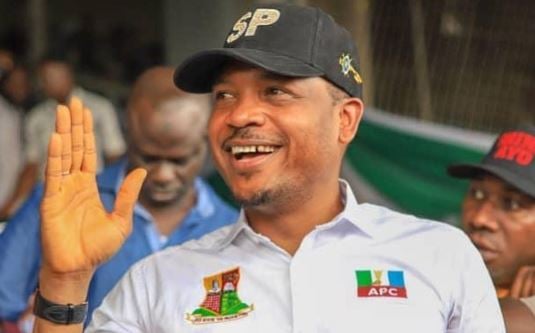 Oluwashinaayomi Peller, entertainment entrepreneur who owns Aquila Group of Companies and Quilox, has won the Iseyin/Itesiwaju/Iwajowa and Kajola federal constituency seat in Oyo.

Declaring the results on Sunday, Adeniyi Olatunbosun, returning officer for the Independent National Electoral Commission (INEC) in the state, said Peller polled a total of 44,088 votes.

Peller, who is the son of the late popular magician, Professor Peller, beat Najeemdeen Oyedeji of the Peoples Democratic Party (PDP) who polled 31,336 votes.

Olasupo Abiodun of the African Democratic Congress (ADC), who previously occupied the seat after winning in the 2015 election, came third with 12,309 votes.

NAN reports that there was wild jubilation at the collation centre after the returning officer announced Peller as the winner.

Before his election, Peller had said he would target policies that encourage local vigilante groups to be more diligent.

“I intend to influence policies that identify and protect trustworthy, hardworking and honest Oke-Ogun indigenes,” he said.

“Policies that will encourage the local vigilante groups to be more diligent and bring out better understanding of the region, provide training and bring about synergy with the police for a safer, law-abiding and prosperous Oke-Ogun community.”