Shittu: How can Oshiomhole who presided over fraudulent primaries ask INEC chairman to resign? 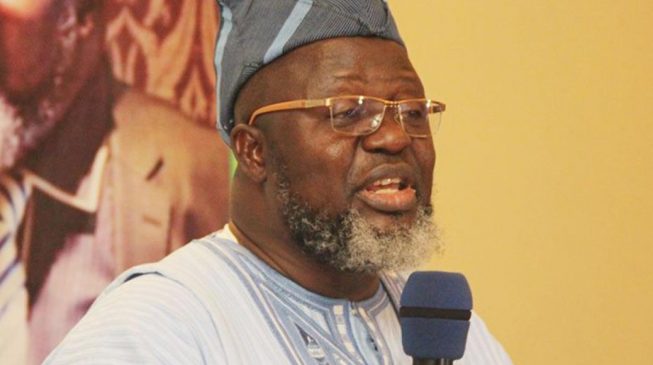 Oshiomhole has been very critical of the INEC chairman over the postponement of the general election.

Citing logistics challenge, INEC moved the presidential and national assembly from February 16 to February 23 and the governorship and state assembly election from March to March 9.

The APC chairman said this did not speak well of the commission under the leadership of Yakubu, asking the chairman to step down.

But addressing journalists at his his home in Ibadan on Monday, Shittu said the removal of Yakubu due to poll shift may cause more havoc.

Shittu said if the INEC chairman leaves office now, the election might need to be further postponed as his replacement might need more time to prepare.

He accused Oshiomhole of going after Yakubu when he allegedly conducted the most fraudulent primary in the history of APC.

“When Oshiomhole supervised that party primaries elections, which can be described as most horrible and corrupt in the history of the party, who called for his resignation?” he asked.

“I will not support such call for resignation of the INEC chairman. To err is human. We have not seen any political motivation as to what has happened in INEC.

“If Oshiomhole calls for resignation of the INEC chairman, he should also be preparing to resign as chairman of APC for conducting primaries marred by irregularities, and even accused of corruption in its conduct. Did anybody ask him to resign for the horrible management of primary elections under his watch?

“This is the first election that Professor Yakubu would be conducting, we need to give him the benefit of doubt and I will advise that all the political parties should be vigilant.

“If you bring in another chairman, when does such person begin to learn the process? Or will you on the basis of that call for another rescheduling of the elections? Certainly, it is unacceptable for anyone to ask for resignation of INEC chairman.”

The national working committee of the ruling party had screened the minister out of the governorship race for after he was exposed for skipping the mandatory National Youth Service Corps (NYSC).