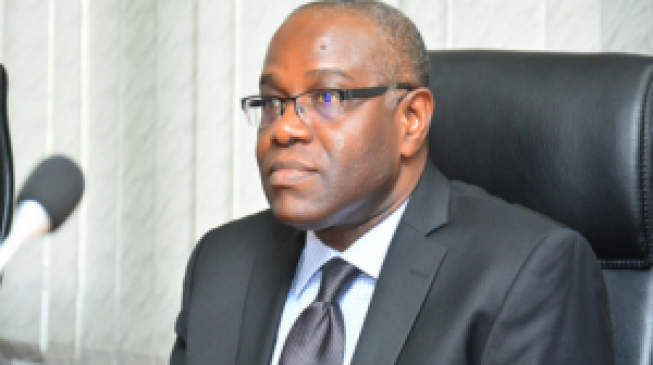 The Department of State Services (DSS) has invited Okechukwu Ibeanu, the national commissioner of the Independent National Electoral Commission (INEC) in charge of logistics, for questioning, sources have informed TheCable.

This is believed to be related to the fiasco that led to the postponement of the general election by one week.

Mahmood Yakubu, a professor and INEC chairman, had blamed the postponement on sabotage and logistical issues.

Ahmad Mu’azu, the chairman of the ad hoc committee on logistics, is yet to be invited.

Although Ibeanu, a professor of political science, is in charge of logistics having taken over from Amina Zakari in October 2018, a different ad hoc committee was set up specifically for the elections.

The ad hoc committee, which has 17 members, is headed by Ahmed Tijjani Mu’azu, a retired air vice marshal.

A source told TheCable that Ibeanu has been invited to report to the DSS headquarters in Abuja at 2pm on Tuesday.

President Muhammadu Buhari had said on Monday that INEC would explain its “incompetence” after the elections and Ibeanu’s invitation appears to be coming early.

Ibeanu is said to have complained to his friends that he was being intimidated.

His house in Enugu and his car have reportedly been broken into with valuables, including laptops and iPads, taken away.

On Monday, an article written by Ibeanu in December 2015 resurfaced on the social media followed with a comment: “Nigeria has a Biafran agitator as the REC for Logistics, no wonder this unpatriotic individual, Professor Okechukwu Ibeanu who has made his mission to undermine the Nigerian state.”

The article in question was a rejoinder to an opinion written by Ibrahim Jibrin (“Jibo”), a professor and fellow of the Centre for Democracy and Development (CDD).

“The Biafra agitation is more than relations between an ethnic elite and ethnic lumpen youths. Those young people are framing a struggle steeped in their material conditions of life – unemployment, poverty, etc. The leadership of their States (and nation as well) has failed them, but not because they are Igbo leaders, but because of broader issues of political economy, which you very well understand,” he wrote.

The social media broadcast was ended with an hashtag #INECIbeanuMustGo.

Ibeanu was dean of social sciences at the University of Nigeria, Nsukka. He was the director of the Institute for Development Studies in 2009-2010, and was a visiting professor in Conflict, Security and Development at King’s College London.

He was special rapporteur of the United Nations on the adverse effects of toxic wastes on human rights from 2004-2010.

In 2016, he was appointed INEC national commissioner representing the south-east.