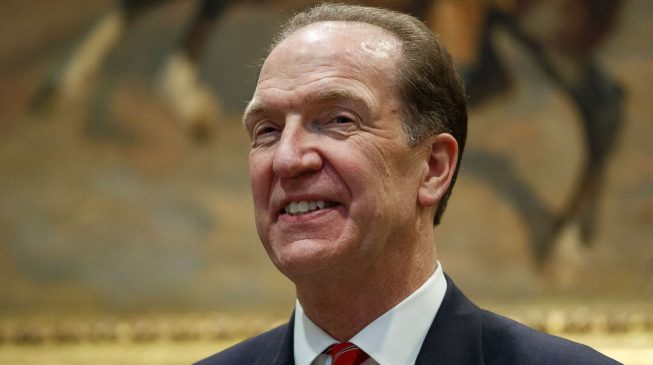 US President Donald Trump has nominated David Malpass, a critic of multilateral institutions like the World Bank, to replace Jim Yong Kim as the World Bank president.

Malpass is a Trump loyalist, who served as senior economic adviser to the president during his campaign in 2016, and currently the undersecretary for international affairs at the Treasury Department of the United States.

“I am certain there could be no better candidate to lead the World Bank than David. He’s going to do very well,” Trump said from the White House on Wednesday night.

Responding to his nomination, Malpass said he is very optimistic the bank can achieve breakthroughs in combating extreme poverty.

“I’m very optimistic that we can achieve breakthroughs to create growth abroad that will help us combat extreme poverty and increase economic opportunities in the developing world,” Malpass said. 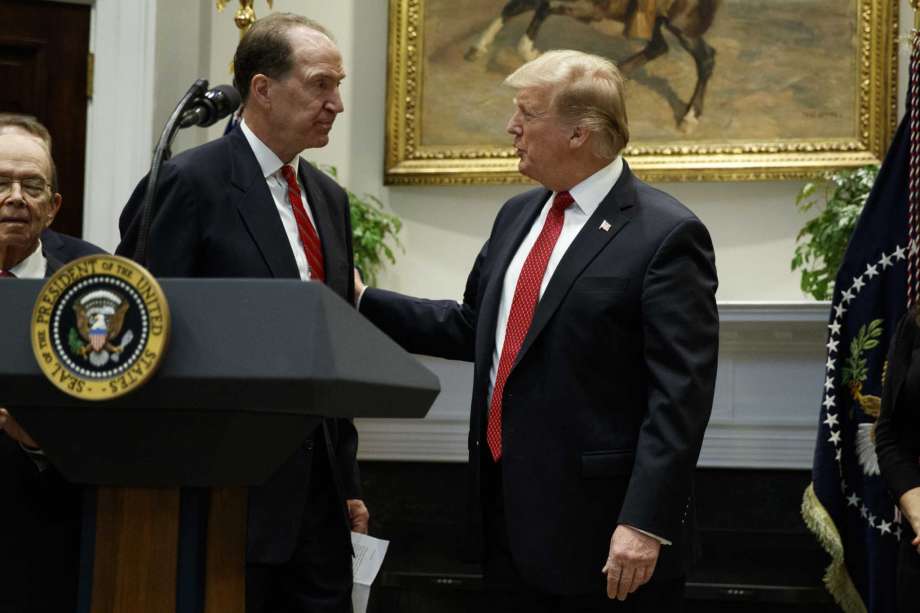 Malpass had criticized both the World Bank and the International Monetary Fund, calling for improvements in the bank’s lending programs.

He said a process must be in put in place “to focus, prune and streamline” such multilateral institutions.

The US nominee has always gone on to be the president of the World Bank — since it was founded over 70 years ago.

For the first time in 2012, the nomination for the World Bank presidency was widened outside the US as governors from developing countries nominated Ngozi Okonjo-Iweala, former minister of finance.

Okonjo-Iweala is expected to contest the post for a second time — if nominated.

At the World Economic Forum in Davos, 2019, Okonjo-Iweala was asked if she would recontest, she said: “I know that, because I contested the last time in 2012, and many people were asking that question. It is a shareholder’s decision and they have to decide how they want it. Someone has to nominate”.

“If the right person were to nominate, and if the circumstances are right and people feel I can do the job, yes.”