Udoma disagrees with World Bank, says Nigeria’s economy will grow by 3.01% in 2019 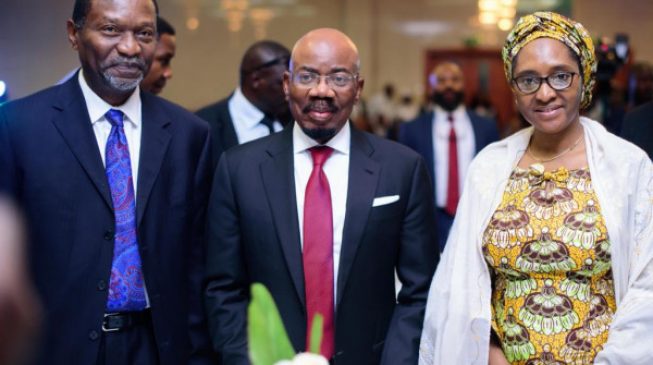 Udoma Udo, the minister of budget and national planning, says the Nigerian economy will grow by 3.01 percent in 2019 — at variance with the World Bank’s forecast of 2.2 percent in the same year.

Udoma who was speaking at the Deloitte Dialogue on Nigeria’s Economic Outlook for 2019, in Lagos, said the proposed 2019 budget is intended to further reposition the economy on the path of faster, inclusive, diversified and sustainable growth, and to continue to lift significant numbers of our citizens out of poverty.

He explained that inflation is expected to trend downwards to single digit of 9.98 percent in 2019 from 11.44 percent as at December 2018.

He said this will be possible with the improved coordination of fiscal and monetary policies, exchange rate stability, improved oil export earnings and capital inflows, as well as the continuation of the current prudent management of foreign exchange reserves by the CBN.

“Government is committed to growing the economy, and accordingly the 2019 Budget Proposal has been designed to continue to provide the stimulus and support required to spur growth in the economy,” he said.

He said though the current real GDP growth performance is still a little sluggish, which is expected as we are just recovering from recession, it however indicates a positive momentum, especially with regard to the growth of the non-oil sector.

“Our aim is to take all measures necessary to ensure that we increase the growth rate whilst maintaining fiscal sustainability.”

Explaining the basis for the oil price projections in the budget, the Minister said oil prices depend on the interaction between supply and demand for oil in international markets.

It is, however, the supply-side factors that have been mainly responsible for the price increase in 2018 and the recent decline, he added.

Whilst the Government is obviously concerned about this recent trend, most analysts believe the price will recover in the course of 2019, and so the Federal Government has not seen any need to adjust its benchmark price of US$60.

However, he assured the gathering that if, at any time prior to the passage into law of the 2019 Budget by the national assembly, there is strong reason to believe that this benchmark price of US$60 is unlikely to be realised then the Executive will, of course, engage with the National Assembly to agree a lower benchmark price.

On oil production levels, the Minister said that President Buhari has directed the NNPC to work hard to achieve the 2.3mbpd budget target.

“The ERGP Oil production target for 2019 is 2.4mbpd, NNPC production submission is 2.45mbpd. We have revised the ERGP target and NNPC forecast downwards to 2.3mbpd for the 2019 Budget proposal,” he added.

He explained that the 2019 proposed budget size is smaller than the 2018 Budget because of the need to contain the size of the deficit so as to keep our borrowing within prudent limits.

The minister pointed out that the proposed deficit of N1.859 trillion in 2019 is about 1.33% of GDP, which is within the 3% threshold stipulated in the Fiscal Responsibility Act (FRA) 2007.

“The Scheme seeks to leverage private sector capital for the development and refurbishment of road networks in industrial clusters and key economic areas in the country.

“It entitles private investors to full recovery of the cost incurred on the road project(s) in the form of a Road Infrastructure Tax Credit which can be utilized against participants’ future CIT payable to the Federal Government.

“Efforts to improve hard infrastructure will be complemented by expanding reforms in the ease of doing business. We will continue to remove obstacles, reduce costs and ensure timely delivery of services so as to improve the environment for the private sector.”

The event featured panel discussions with sector experts including Nasir el-Rufai,  the Kaduna state governor; Yemi Kale, statistician general of the National Bureau of Statistics; Jumoke Oduwole, the senior special assistant to the president on industry, trade, and investment.

Jim Ovia, the founder of Zenith Bank, was the chairman of the event.