US: Those who incite violence in Nigeria’s election must be held accountable 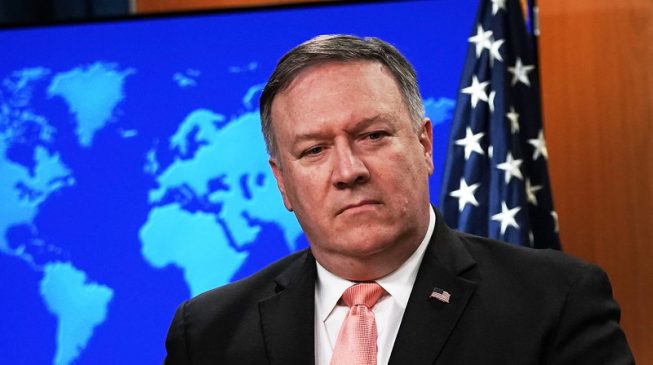 Michael Pompeo, the United States secretary of state, says those who interfere in Nigeria’s election must be held accountable.

In a statement released by the US state department, Pompeo said the elections are Nigeria’s opportunity to solidify its place as the democratic leader in Africa.

“The United States government supports a free, fair, transparent, and peaceful election that reflects the will of the Nigerian people,” Pompeo said.

“It is critical that the Independent National Electoral Commission operates free from outside pressure and intimidation and in a totally objective manner.

“Nigerian security services must provide a safe and secure environment for the Nigerian people to exercise their rights. Those who interfere in the electoral process or incite violence must be held to account.

“The upcoming elections are an opportunity for Nigeria to solidify its place as a democratic leader in Africa.”

On Tuesday, Nasir el-Rufai, the governor of Kaduna state, had said foreigners who try to meddle in Nigeria’s elections would be returned to their home countries in body bags.

His comment has raised concern across the international community.

The European Union immediately released a statement to say that it will not be deterred by the comments, adding that it had been observing elections in Nigeria since 1999.

“We are aware of the comments by the Governor of Kaduna about non-interference by foreigners during a talk show on the elections Tuesday 5 February,” the statement read.

“The Independent National Electoral Commission invited the EU to deploy an observation mission for the 2019 general elections.”