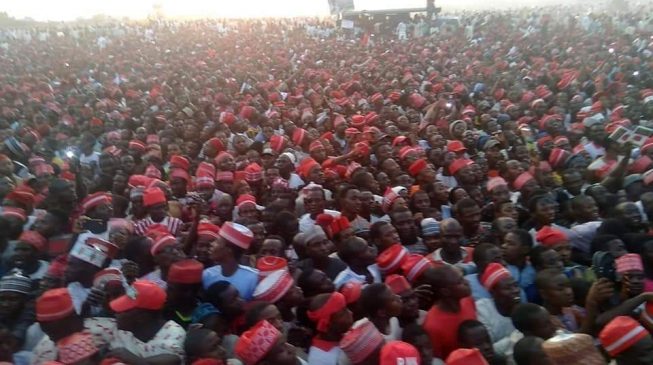 Supporters of Atiku Abubakar, presidential candidate of the Peoples Democratic Party (PDP) trooped out in thousands to the Sani Abacha stadium in Kano on Sunday.
The presidential candidate was still at the palace of Muhammad Sanusi, emir of Kano, when the crowd took over the stadium.
Kano, a stronghold of President Muhammadu Buhari, has promised to give Buhari five million votes in the election.
The president secured his highest number of votes in Kano in 2015 but Rabiu Kwankwaso, who was governor when this happened, is now backing Atiku.
Political pundits have said with Kwankwaso’s influence, Atiku would secure significant votes in the ancient city.
See video of the ongoing Kano rally below