Voting over, sorting of ballots begins in some states 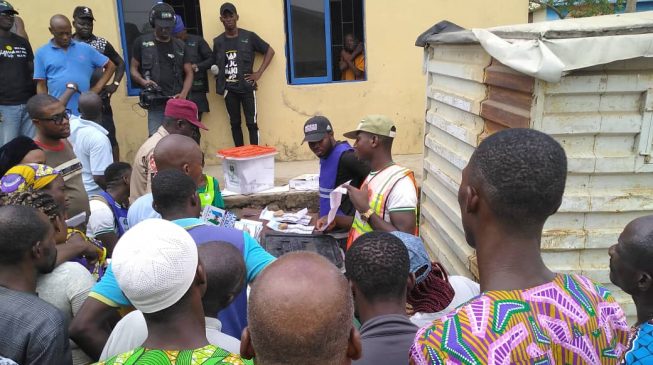 Voting has ended in some polling units across the country while officials of the Independent National Electoral Commission (INEC) are counting the votes that parties secured in the presidential and national assembly elections.

In Lagos, votes are being counted in different parts of Ikeja, the state capital.

Although the rain led to relocation of polling booth at ward 1o, unit 11 in Ikeja local government area, the voters stood by to monitor the officials.

Party agents and electoral observers were also on ground.

In Abeokuta north local government area, counting of votes is ongoing in polling units across the wards. Collation is also underway across Makurdi, capital of Benue state.

The election began at 8am but logistics challenges delayed the exercise for hours in some places.

The electoral body has extended elections in polling units where there were challenges.