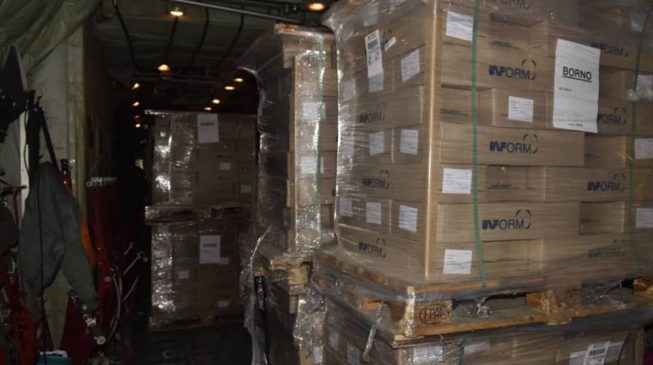 The Nigerian Airspace Management Agency (NAMA) says there was no disruption in the provision of air traffic services on Saturday.

The agency said this in reaction to reports that it contributed to the postponement of the elections.

The Independent National Electoral Commission (INEC) had said bad weather prevented it from delivering election materials to some locations within the country.

Some persons interpreted the issue raised by INEC to mean that NAMA did not do enough to improve the situation.

But in a statement on Sunday, Khalid Emele, general manager, public affairs of NAMA, said Hadi Sirika, minister of state for aviation, directed that all airports work 24 hours to ensure the transportation of INEC materials nationwide.

“The Management of the Nigerian Airspace Management Agency (NAMA) hereby wishes to inform the general public that there was no disruption in the provision of air traffic services on Saturday, the 16th of February 2019 in line with the agency’s mandate to provide uninterrupted safe, effective, efficient, and economic air navigation services in the country,” he said.

“Furthermore, the agency in line with the directive of the Honourable minister of state (aviation), Sen. Hadi Sirika had earlier ensured a 24-hour operation at all Nigerian airports on Friday 15th February 2019 to facilitate the transportation of INEC materials nationwide.