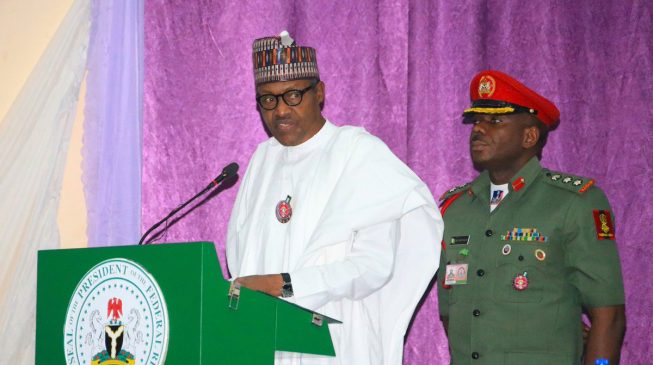 President Muhammadu Buhari has vowed to recover the $16 billion dollars allegedly wasted on the power sector when the Peoples Democratic Party (PDP) was in power.

Speaking at the All Progressives Congress (APC) presidential rally in Yenagoa, Bayelsa state capital, on Tuesday, the president vowed to go after the people who mismanaged the money meant for the development of the sector.

In 2018, Buhari said a former president had questions to answer over the power expenditure from 1999-2007.

In 2008, the house of representatives had described $16 billion spent on power by former President Olusegun Obasanjo’s government as colossal waste.

“You know we are building roads; the railway was virtually killed we are rebuilding it and there was no power, we are bringing power back,” he said.

“The previous government mentioned on their own that they spent 16 billion American dollars for power. But you are better witnesses than myself. Where is the power? Where is the money? We will follow them and eventually God willing we will get them and we will get our money back.

“We are also promising that we will make people who occupy executive positions both in federal and state levels to be accountable to the people. If you could recall when I came in 2015 under our great party, the party articulated three issues which we campaign and were voted on. These are security, economy and fighting corruption.”