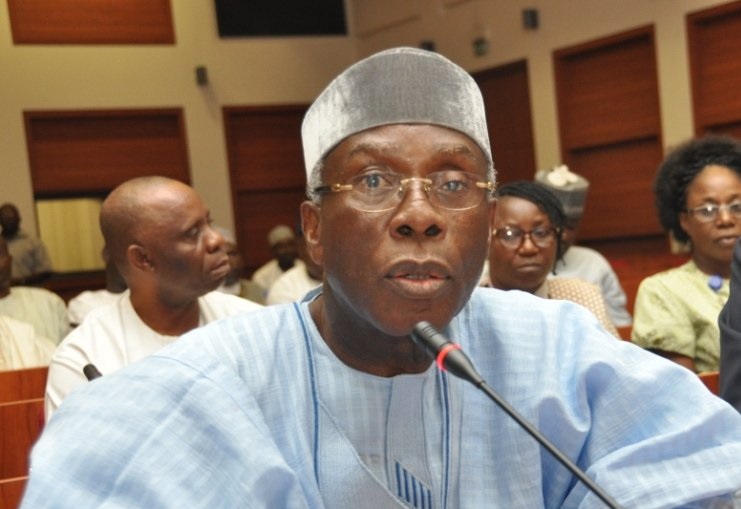 While one is thinking about the ongoing hot-weather, and overwhelming and wicked power-outage—two dangerous combinations—that make it almost impossible for one to sleep in the night and as an effect of this, one ordinarily would not want to laugh, but more than what a comedian could deliver, Mr. Audu Ogbe did effortlessly succeed in making one to laugh, without paying a dime. On behalf of the good and great people of Nigeria, I do say a very big thank you to the Minister of Agriculture, Mr. Ogbe for the yeoman’s job.

While appearing before the usual committee to defend the routine budget of his Ministry, Mr. Audu Ogbe played the role of a weeping prophet, while complaining bitterly about how some Nigerians are ordering pizza from London! As if that was not enough, the committee’s chairman also complained on how some Nigerians are buying fruits from South Africa. But what Audu and his colleagues failed to tell the whole world is the percentage of Nigerians ordering fruits and pizza from both South Africa and London. It is insanity for anyone to be expecting the nation to make a giant leap under the leadership of our current political leaders. They are only in power to grieve over what they are guilty of.

Mr. Audu said that there are over 50 pizza outlets in Nigeria and was wondering why a few Nigerians are still ordering pizza from London, but he failed to tell the whole world about the number of hospitals we are having in Nigeria, yet all of them—do jump on same British Airways like pizza—to treat headache in the United Kingdom. Also, he failed to tell the whole world that Mr. President does not patronize our hospitals too. I am sure we do have more than 50 hospitals in Nigeria. Like those who are ordering pizza from London, like those who are going to London to treat headache.

He went ahead to lament sulkily that many farmers are losing money, because of the rate of import of food items, but he failed to tell the whole world that even his recommended glasses was not made in Nigeria. Am I parting our people on the back for importing what can be found in Nigeria? Far be it from me, but the truth is, it is hypocritical of anyone to complain about what he or she is guilty of. Consulting firms bring foreigners here to facilitate for them. Don’t we have facilitators in Nigeria, who can do even better? Religious people equally bring foreigners here to speak for them? Don’t we have speakers in Nigeria who can do even better? Before you complain about those ordering pizza from London, let us all put the searchlight first on ourselves. Are we totally free from mental-slavery?

Also, where do all our politicians go for vacation? Don’t we have places where they can go to in Nigeria on vacation? El-Rufai just returned from vacation. His photographs with bags were everywhere when he returned from beyond the seas. Why didn’t he rest in Nigeria? Has PMB ever had his vacation in Nigeria? The photographs of the national chairman of APC and that of his wife were everywhere the last time he traveled outside Nigeria on vacation. Our problem as a people is deeper than the issue of pizza. We do have a major problem, but we don’t want to admit that the Black-man is having a very deep-seated problem.

On my way out this afternoon, while listening to a radio show on the worthless and irrelevant issue raised by Mr. Audu Ogbe and his colleagues, I actually did not know when I started laughing. I laughed alone for close to a minute and after that, I began to shake my head for a nation who is being poorly led. Nigeria is quite unfortunate to be led by hypocritical leaders. Virtually every politician is guilty of what Mr. Ogbe and his colleagues were complaining about. When we get to their homes and offices, how many of them are using locally made stuff?

How many official cars does Mr. Audu Ogbe use as a Federal Minister? Are they imported cars? Don’t we have a man who is producing cars in Nigeria? How many of those Federal Ministers, who were lamenting and complaining that Nigerians are importing fruits from South Africa, are patronizing “Innoson Motors”? Before they remove the “spec” in the eyes of a few Nigerians, let them first remove the “log” in their own eyes. It is hypocrisy in leadership that makes a leader complain about what he or she is guilty of.