AfCFTA: Kagame speaks on Buhari and the Nigeria problem 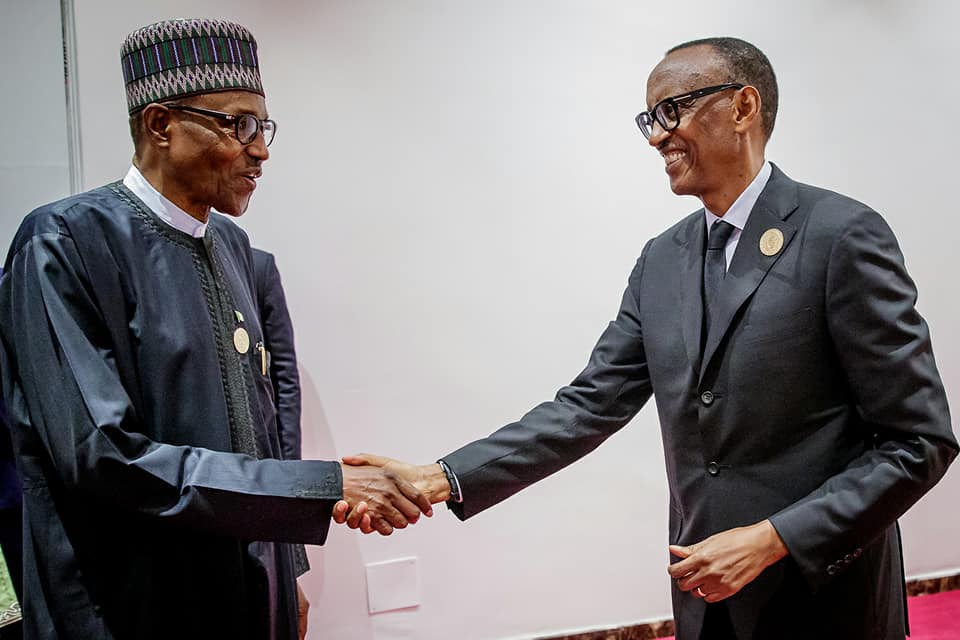 Paul Kagame, president of Rwanda, says Nigeria is sorting things out to get on the continental free trade area agreement, already signed by a majority of countries in Africa.

Speaking at the Africa CEO forum on Monday, Kagame was asked if the “Nigeria problem” will not affect the conclusion and take off of the Africa free trade agreement.

It is expected that when 22 countries pass it through parliament, the agreement will take effect, but Nigeria’s refusal to even sign the deal remains a challenge for the trade deal.

President Muhammadu Buhari, who was initially on board, made last-minute U-turn on the deal, and has refused to sign, stating that he was consulting with manufacturers in Nigeria.

But responding to the “Nigeria problem”, Kagame said: “With Nigeria, from my reading of things, there are sorting things out in that direction, they would be naturally part of the continental free trade area because if the sense it makes.”

“And it makes that sense to Nigeria as well, especially given the benefits and impact it will have on Nigeria and also Nigeria impact on the economy of the continent.

“The facts are very obvious, we are getting there”.

The agreement was brokered by the African Union (AU) with Kagame as president and was signed on by 44 of its 55 member states in Kigali, Rwanda on March 21, 2018.

The agreement initially requires members to remove tariffs from 90 percent of goods, allowing free access to commodities, goods, and services across the continent.

Aliko Dangote, Nigeria’s biggest industrialist, says he is in support of the AfCfTA.