Aisha Buhari: Only APC members should get political appointments 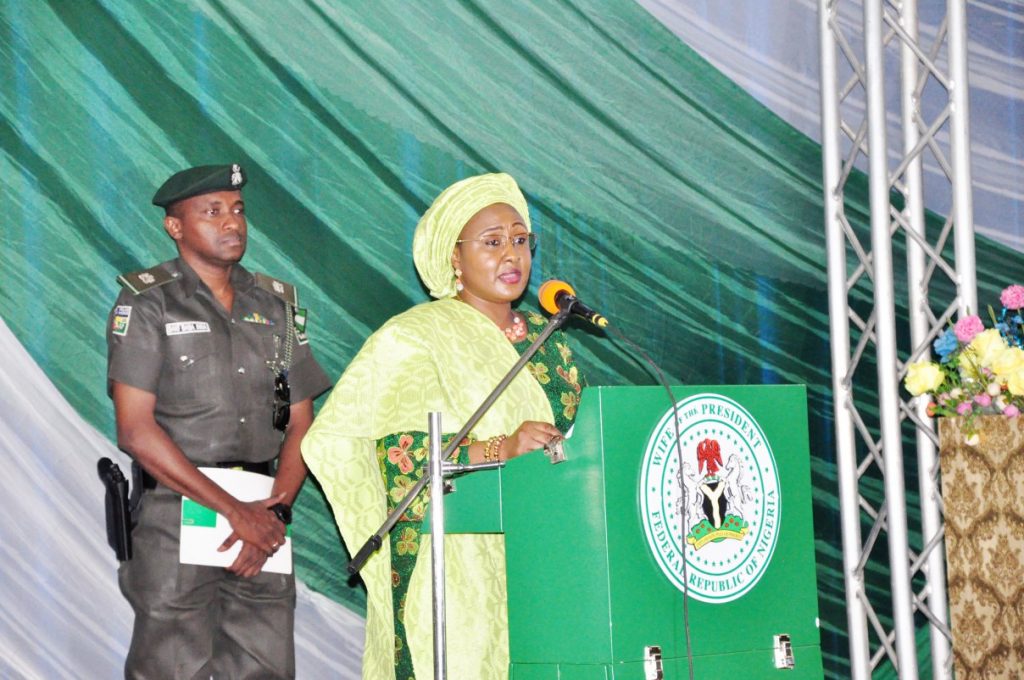 Aisha Buhari, wife of the president, has called on the All Progressives Congress (APC), to consider only card-carrying members of the party for appointments into various political offices.

She said this on Thursday, during a dinner to celebrate the re-election of President Muhammadu Buhari, at Daura, his home town in Katsina state.

The event, which took place at the Daura Stadium, attracted women and youth supporters of the APC from across the state.

According to Suleiman Haruna, media aide of the president’s wife, reminded the leadership of the party that the constitution of the party specifies that appointments to offices in an APC-led government should go to card-carrying members.

Aisha also expressed appreciation over the support that the party enjoyed in the last presidential election, especially from women and youth, assuring the people that the Buhari-led government would do more to improve their lives.

“I wish to thank the women and youth of this country for the number of votes they gave President Buhari in the 2019 election and to assure that he will continue to do his best to make Nigeria a better country.” she said