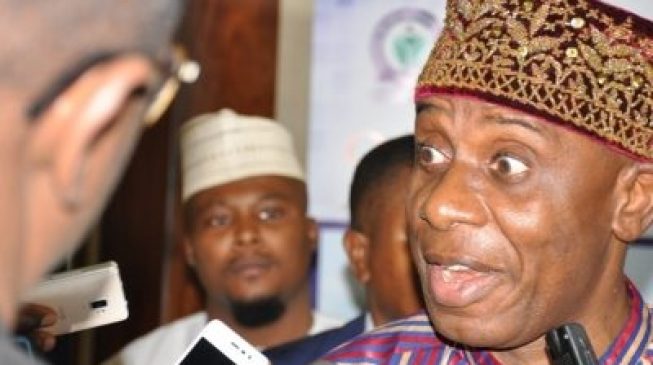 Rotimi Amaechi, minister of transportation, says President Muhammadu Buhari will run an inclusive government because he is “guided by the fact that Nigerians have suffered enough”.

Speaking at a press conference in Abuja on Tuesday, the minister thanked Nigerians for voting the All Progressives Congress (APC) during the election.

He said the support for the ruling party in the south has tripled, adding that there is a difference between what the party recorded in the region in 2015 and at the just concluded polls.

“The support in the south increased, tripled as against what we had in 2015,” he said.

The transportation minister said there was no voter apathy because people knew the APC would win the presidential election.

“Why will be there be apathy? Buhari supporters will say he has already won, if you see the crowd we pulled state by state, you will not want to vote,” the transportation minister said.

“Borno people were hanging on trees, on roof tops.”

The director-general said it is important that prayers should be made for the souls of those who died during campaign.

He also blamed the Peoples Democratic Party (PDP) for some of the challenges that the nation is facing.

“You said we should not blame PDP, we are not blaming PDP but I’m a student of history, history is the study of past event and the present,” he said.

“The last money they left in the ECA was $2.5 billion… we are grateful for PDP, let’s not fight over this issue in court, let’s work together as friends and in four years time we come to another election and we encourage INEC that it is free and fair. That is what the president is emphasising.”