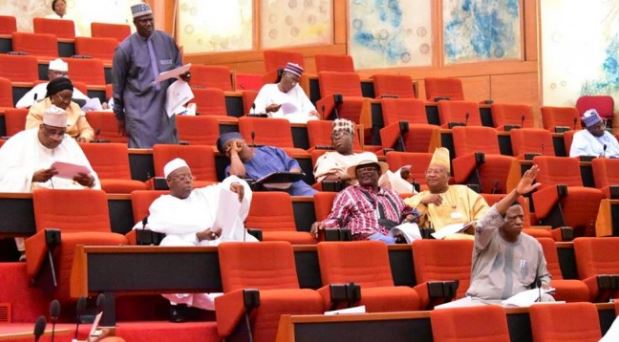 The Independent National Electoral Commission (INEC) has released a list of the senators who emerged victorious in the February 23 elections.

The list was released ahead of the presentation of certificates of return to the lawmakers. With a total of 62 senators, the All Progressives Congress (APC) is in clear lead, while the Peoples Democratic Party (PDP) trails with 37 senate seats and the Young Progressives Party (YPP) has one.

Rochas Okorocha, governor of Imo state, would have increased the tally of APC by one but his name was struck out of the list over the violence in Imo west senatorial district.

There are a total of 109 seats in the upper legislative chamber but 100 have been declared so far. 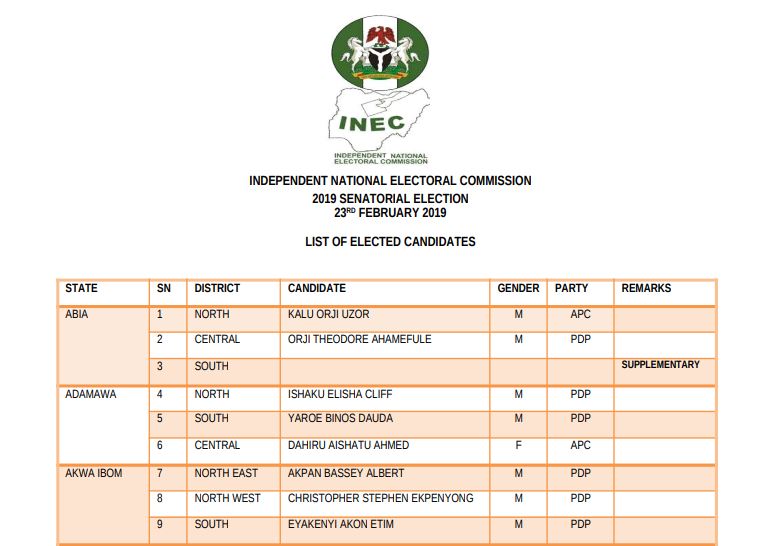 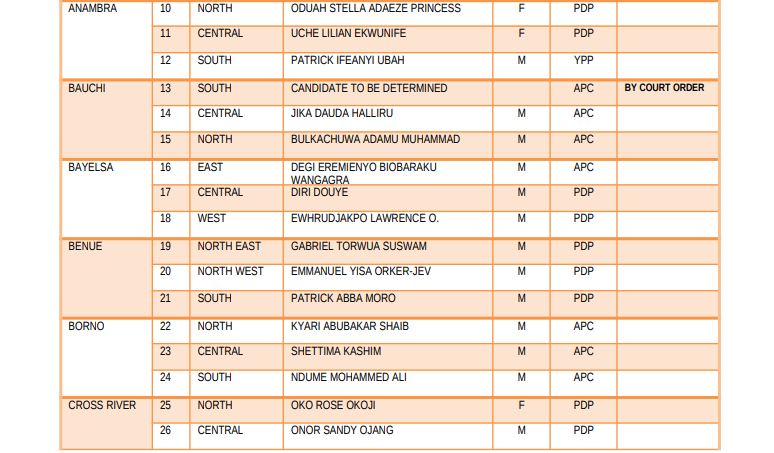 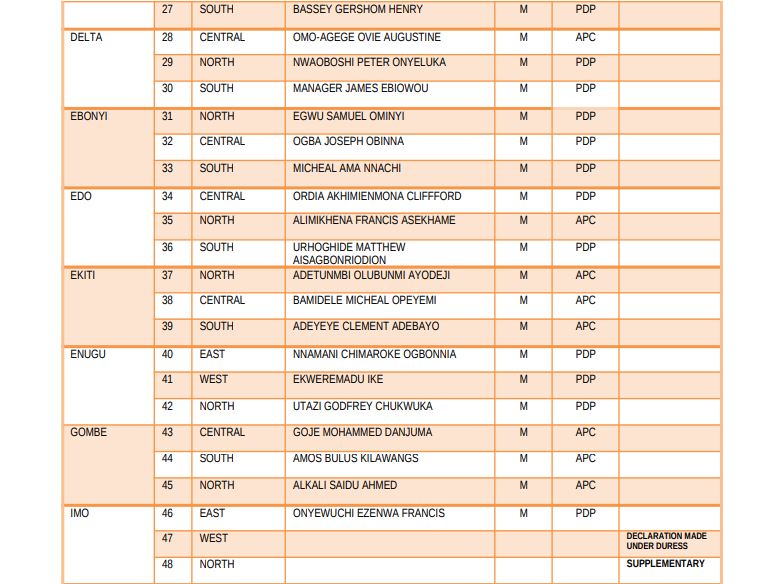 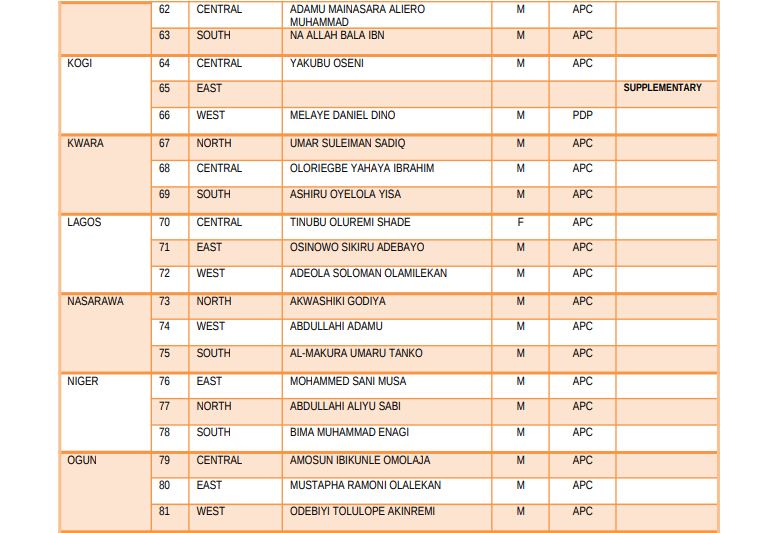 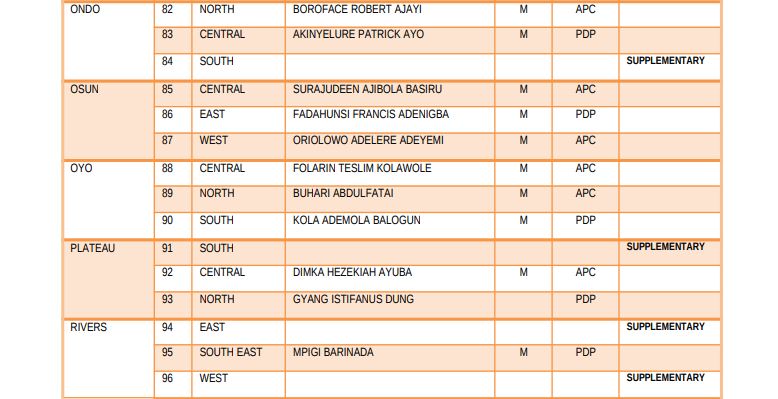