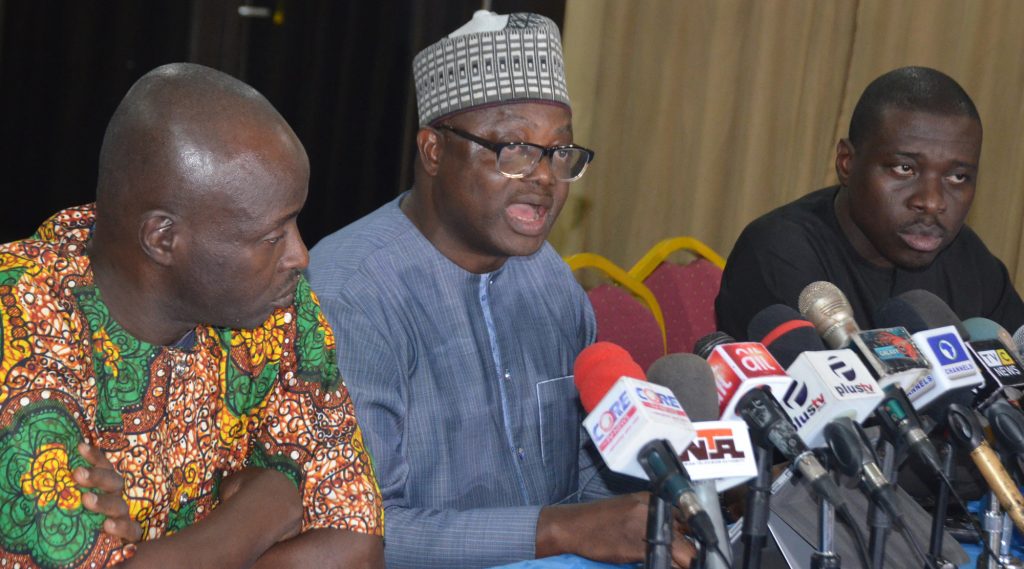 The All Progressives Congress (APC) has kicked against the decision of the Independent National Electoral Commission (INEC) on the Bauchi state governorship.

INEC had initially listed Bauchi among the six states where supplementary elections will hold but on Saturday the commission struck out Bauchi from the list, saying it did so after its fact-finding committee realised that eelction had been concluded in the state and there were copies of results.

However, in a statement on Sunday, Lanre Issa-Onilu, APC spokesman, said it was inappropriate for Okoye to chair the committee because of his “close relationship” with Yakubu Dogara, speaker of the house of representatives.

Dogara, who is from the state, has repeatedly accused INEC of working against the Peoples Democratic Party (PDP).

But Issa-Onilu said the committee chaired by Okoye was biased.

“We reject INEC’s decision on the governorship election results from Tafawa Balewa local government area in Bauchi state, as signed and announced by the electoral body’s national commissioner and chairman of its information and voter education committee, Festus Okoye,” the statement read.

“While the close relationship between Festus Okoye who chaired the fact-finding committee and Yakubu Dogara of the PDP is well known, hence inappropriate for the fact-finding exercise for Bauchi state, INEC has failed to adhere to the fundamental principle of fair-hearing by not inviting our agents during the hearing to ascertain the circumstances leading to the cancellation of the Tafawa Balewa local government election result.

Efforts to get Okoye’s reaction to APC’s assertion were not successful.