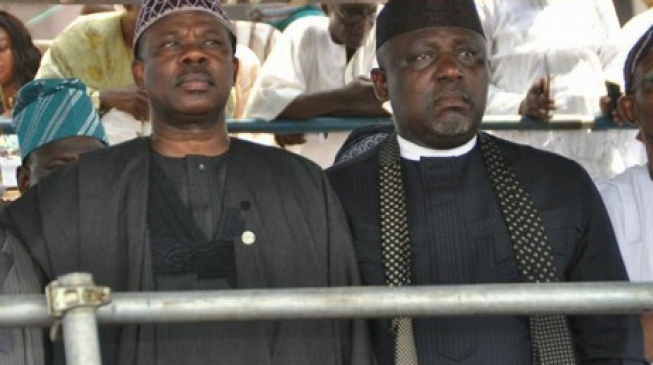 The national working committee (NWC) of the All Progressives Congress (APC) has suspended Ibikunle Amosu and Rochas Okorocha, governors of Ogun and Imo states receptively, from the party, TheCable can report.

The NWC has also recommended their expulsion from APC to the national executive committee (NEC), the highest decision-making organ of the party.

The decisions were taken at the NWC meeting on Friday afternoon in Abuja where allegations of “anti-party activities” were levelled the governors.

Amosun and Okorocha were both elected senators on the platform of APC on Saturday but they are backing different candidates for the March 9 governorship election.

The duo fell out with the leadership of the APC after failing to secure the gubernatorial tickets of the ruling party for their preferred candidates.

While Okorocha threw his weight behind Uche Nwosu, his son-in-law, Amosun rallied round Adekunle Akinlade, a serving member of the house of representatives.

Shortly after the primaries of the APC, Nwosu and Akinlade defected to other parties where they emerged gubernatorial candidates.

In Ogun, Akinlade clinched the ticket of Allied Peoples Movement (APM) while Nwosu emerged as the flagbearer of the Action Alliance (AA).

Okorocha and Amosun campaigned for their candidates at APC rallies. This led to a break down of law and order when President Muhammadu Buhari led his reelection team to Abeokuta, capital of the state.

Supporters of APM who trooped to the MKO Abiola Stadium where the rally held, had pelted Buhari with stones when he presented Dapo Abiodun as APC guber candidate.

Security operatives shielded the president and the programme ended abruptly.

The party had vowed to take disciplinary actions against Amosun over the incident.