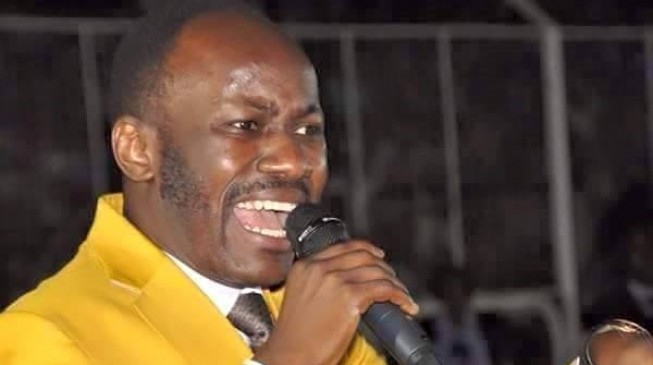 Johnson Suleman, founder of Omega Fire Ministry, has advised politicians who lose elections, to go home, instead of heading to the court.

Suleman was addressing his church members on Sunday, in Auchi, Edo state.

He advised Nigerians not to kill themselves over the outcome of elections because of politicians who he claimed, are friends.

“They have discussed your foolishness over dinner. One of the stupid forms of loyalty is to inherit your bosses loyalty,” Suleman said.

“Stop fighting and don’t die for politicians. They are friends; don’t die.”

“If you are a media aide to any presidential aspirant and you are abusing people on the other side of the divide, you should know that you are a mere employee, after election you are fired.
“Nigeria is bigger than anybody; politics is a game. When you lose go home. Don’t go to court, go home. It is not your father’s property. If you don’t win today, you will win tomorrow.

“And no man is God, you can’t tell anyone that is not ordained to be president, you are not God. If you don’t win today, you will win tomorrow. Why are you killing yourself? Why are you dying?
“Many of you now in church, different parties, you are now enemies because of political party. Not knowing that the players are friends, they will phone themselves and say, ‘What you did was wrong’ and they will say ‘Don’t worry, don’t worry, we will talk about it. We will meet in the mosque, so that we’ll pray’.

“And you are there killing yourself! It’s a game. Don’t die. Don’t kill yourself. Let there be peace.That’s what we need in the country.”

Several politicians who contested different electoral positions and lost during the February 23 have decided to seek redress in court.

Atiku Abubakar, presidential candidate of the Peoples Democratic Party (PDP), who also lost to President Muhammadu Buhari, has headed to the court.

Calls have been made to Atiku to accept the election result but he vowed not to let go of his mandate.