Atiku did NOT make any demands from Buhari, says PDP 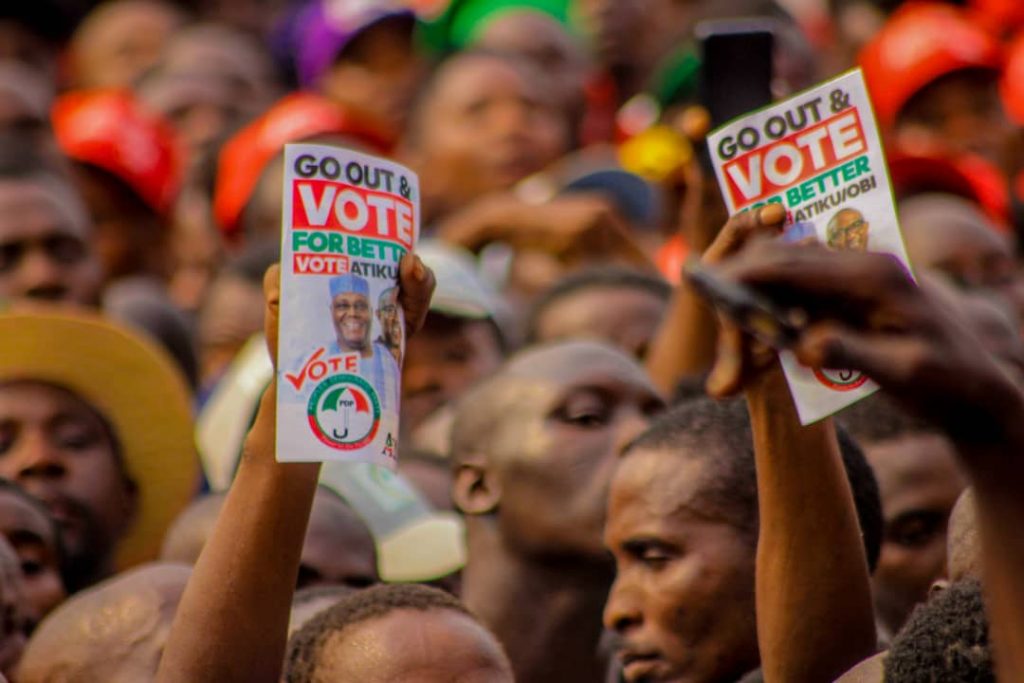 The Peoples Democratic Party (PDP) says Atiku Abubakar, its presidential candidate in the recently concluded poll, is not making any demands from President Muhammadu Buhari.

Abubakar had rejected the outcome of the election, saying he would challenge it in court.

Subsequently, the National Peace Committee chaired by Abdulsalami Abubakar, after meeting with him, said he made some demands from the All Progressives Congress (APC) led government.

However, the PDP, in a statement by Kola Ologbondiyan, its spokesman, said Abubakar never made such demands, nor will he accept any conditions over the election “he clearly won”.

“The PDP states categorically, without mincing words, that Atiku Abubakar had not, and will never, make or accept any condition from President Buhari regarding the rigged February 23, 2019 Presidential election, which he (Atiku) clearly won,” the opposition party said.

“The Buhari Presidency and the APC know that their electoral robbery cannot stand before any noble justices and are now attempting to use all sorts of blackmail and shenanigans to derail the quest by Nigerians to reclaim the stolen mandate at the tribunal.

“However, let it be known to President Buhari and the APC that Atiku Abubakar and the PDP are standing shoulder to shoulder with Nigerians in this collective determination to take back the stolen mandate and we are not ready for any form of negotiation with anybody on this matter.

“Our party and candidate remain committed to the huge sacrifices made by Nigerians in ensuring our collective victory as delivered at the polling units across the country; we are mindful of the pains that Nigerians are passing through since the subversion of their will at the polls; we are sensitive to the expectations that millions of compatriots place on our shoulders in this struggle and we will never let Nigerians down.”

The party maintained its stance to seek redress in court.

It added that it remains undaunted in its resolve to pursue its mandate till Abubakar is declared president.

“We have all the authentic results from all the polling units as well as forensic evidence of manipulations by the APC and INEC. We will bare them all at the tribunal and the court will give justice to Nigerians,” it said.

“On that note, the PDP states unequivocally that nothing will change its resolve to pursue this despicable electoral fraud, unknown in our political history, to its end.

“We shall devote every energy necessary to reclaim our mandate and have Atiku Abubakar declared President, in line with the will of the people as delivered at the polling units on February 23, 2019.

“Anything short of this is not acceptable and no amount of false reports, connivance, contrivance, intimidation, harassment and fresh attacks on our leaders, including the Director General of our Presidential Campaign, Senate President Bukola Saraki, whose residence was besieged by security agents last night, can alter this resolve.”