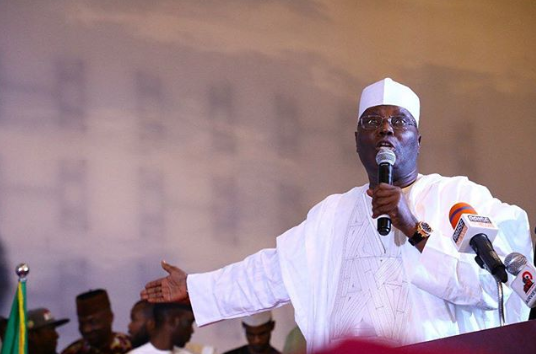 Atiku Abubakar, presidential candidate of the Peoples Democratic Party (PDP), has inaugurated a legal team to challenge the outcome of the February 23 presidential poll in court.

Paul Ibe, his media adviser, revealed this in a statement on Saturday.

The legal team is headed by Livy Uzoukwu, a senior advocate of Nigeria (SAN).

President Muhammadu Buhari of the All Progressives Congress (APC) defeated Abubakar with over three million votes.

Atiku had described the election as the worst in Nigeria’s history while vowing to seek redress in court.

“I have just inaugurated my legal team and charged them with the responsibility of ensuring that our stolen mandate is retrieved”,  Ibe quoted Atiku to have said.

“I am encouraged by the presence of fearless men and women of the Bench. The judiciary which had in the past discharged itself ably is once again being called upon to deliver judgement on this matter that will be untainted by lucre and uncowed by the threat of immoral power.”

TheCable had reported that Atiku would not concede the election  and that his party had assembled a team of lawyers to challenge the result in court.