Atiku: Many didn’t vote today because presidential poll was rigged 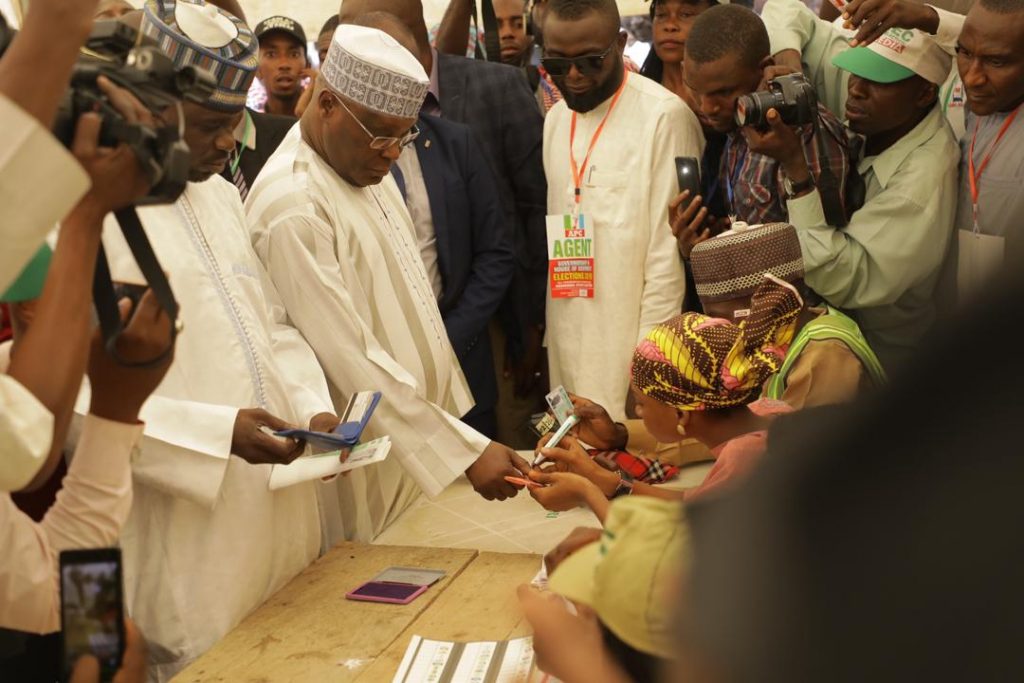 Atiku Abubakar, presidential candidate of the Peoples Democratic Party  (PDP), has attributed the low turn-out of voters in the ongoing governorship and state assembly elections to alleged rigging of the presidential poll.

“There is low voter turn out and I believe it’s because of the last election which was marred by a lot of irregularities,” he said.

Atiku said the involvement of the military in the election is unconstitutional, urging the electorate to be law-abiding.

Speaking on his loss, Atiku said he was committed to challenging the result f the election in court.

He called on his supporters to remain calm and await the outcome of the legal action.