Atiku visits Obasanjo for the ‘first time’ since losing elections 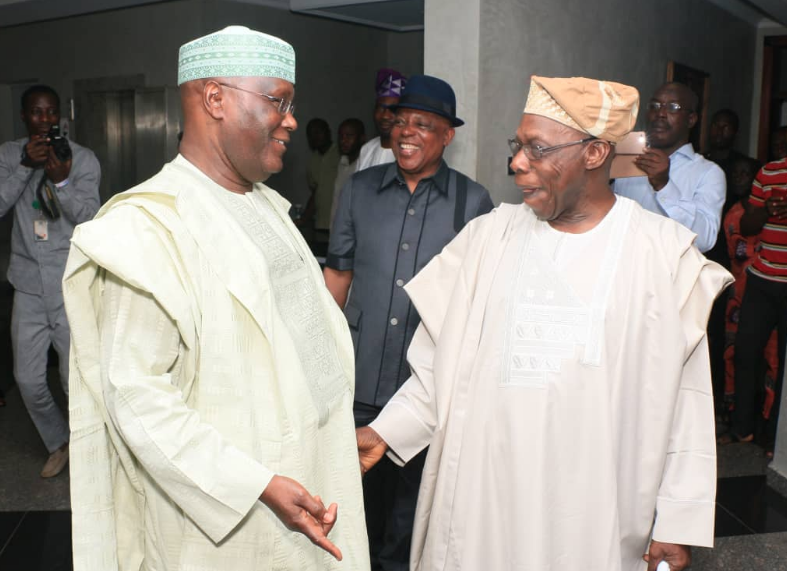 Kehinde Akinyemi, Obasanjo’s media aide, disclosed this in a statement on Thursday.

Akinyemi did not give details of the meeting between the ex-president and former vice-president.

The duo fell out shortly before they left power in 2007 but reconciled three months to the just concluded general election.

In October, Obasanjo said he had forgiven Atiku and subsequently endorsed the former vice-president for the office of president.

Thursday’s meeting appears to be the first time the duo will meet since the elections.

According to him, Obasanjo appealed to the people of Oyo to cooperate with the governor-elect

“He cannot do it alone and since you have supported him before and during the elections, you need to continue to be together to make him successful,” Obasanjo was quoted as saying.

The former president urged Makinde to towards uniting the people of Oyo.

“You have a onerous task ahead in improving the status of the capital of the old Western Region and you have to work to unite them all,” he said.

“You need to shun corruption, be transparent and embark on developmental projects which would be a delight to the people of Oyo state.”