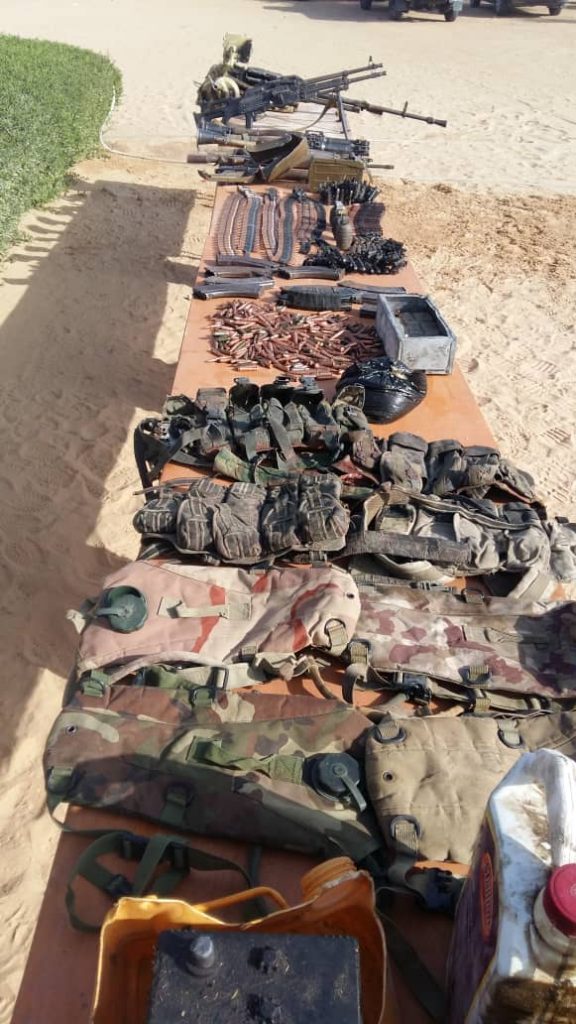 The Multinational Joint Task Force (MNJTF) in Chad says the leadership of the Boko Haram insurgent group is currently overwhelmed and in disarray.

Timothy Antigha, chief of military public information of the MNJTF, confirmed this in a statement made available to newsmen in Abuja on Tuesday.

Antigha said the group was overwhelmed after a sustained air and land attacks in the ongoing “Operation Yancin Tafki’’ in the Lake Chad region.

He also said ex-fighters, who were “receiving humane attention divulged that morale and fighting spirit of the group’s fighters is very low.’’

Antigha quoted the ex-fighters as saying the development is as a result of growing insecurity and inability to replenish stranded fighters in the islands with food, medicine and ammunition.

The MNJTF spokesman said an integral part of the operation is a series of well “coordinated day and night Human Intelligence as well as Intelligence, Surveillance and Reconnaissance (ISR) missions.’’

He said the missions were being conducted by the air forces of the Lake Chad Basin countries- Chad, Cameroon, Niger and Nigeria.

He added that in the last four weeks of the operation, 70 Boko Haram vehicles; mostly gun trucks and facilities such as fuel dumps, weapons and ammunition were destroyed.

“Furthermore, since the commencement of operation Yancin Tafki, several terrorists have surrendered while others are battle-weary and have indicated interest to surrender,” he said.

“Morale of fighters is at its lowest, while desperation has also set in, leading to intrigues and in-fighting.”

He said sources confirmed that internal crisis led to change of Boko Haram leadership on March 3.

According to him, the frequent execution of Boko Haram commanders and fighters which have been observed in the past few months as well as recent replacement of its leadership are clear indications of effectiveness of past and ongoing operation Yancin Tafki.

Antigha said the joint task force is poised to sustain current operations until Boko Haram capitulates and its leadership is brought to justice.