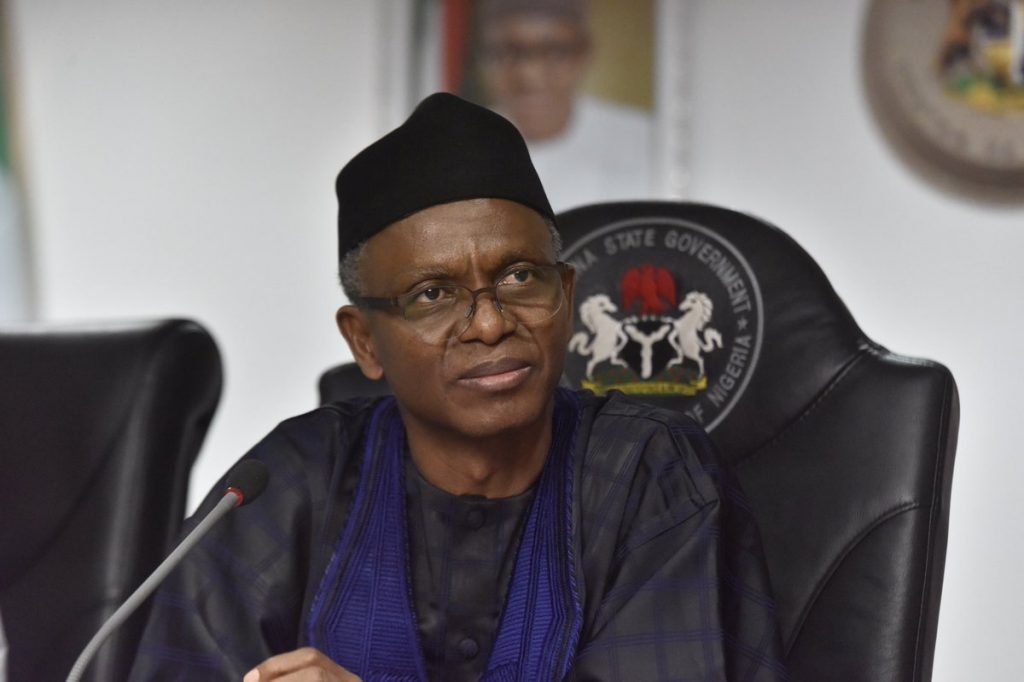 A post alleging that in Kaduna, pastors will no longer be able to preach unless they possess a licence renewable every year. The post further claimed that any preacher who refuses to obtain this licence will be charged and if found guilty will be liable to 2 years imprisonment or pay a fine of N200,000:00

It said the law stated that when a church invites a preacher from outside Kaduna, such preacher must be approved to preach within the period of his stay and such preacher can be denied a licence if the committee considers him/her not qualified to preach.

Every preacher who wants to be licensed will appear before a screening committee, the author of the post claimed, alleging criminal use of CDS, Flash Drive and other communication gadgets except in religious building or inside your house. In effect, a person can be arrested for listening to preaching or religious music inside cars or in any open place except in a private residence or religious building, according to the law.

If you preach without a licence, you are guilty of an offence punishable by two years imprisonment or a fine of 200,000.

You can’t use a microphone in your church after 8pm you are guilty of an offence punishable with two years’ imprisonment or a fine of N200,000.

Since all preaching must be done within a building, it means public evangelism will be criminalised. Those who preach early morning, known by some as morning cry and preaching inside bus if arrested will be fined N200,000. This, therefore, mean people will not be allowed to go out for evangelism on streets or move with vehicles with address systems to advertise their programmes.

How accurate are these claims? CDD discovered that while a bill with some of the components of the viral post was proposed three years ago, the bill is yet to be passed by the state’s House of Assembly. The Director-General Bureau for Religious Affairs and Advisor on Religious matters, Kaduna State, Mr Namadi Musa, proposed a bill for the Kaduna State Religious Preaching Regulation Law.

Musa, however, told CDD that the bill was yet to become law.

“This is old news. If you want I will send you a draft copy of the bill. This is something that was done three years ago, and it’s still awaiting the approval of the House of Assembly. It has not been passed; it will be passed after a public hearing. The house has been mandated to organise a public hearing for people to come and give their input on the bill. For one reason or the other, the Public hearing has not been held. There is no way the bill could have been passed.” he said

He also said that the relevant religious bodies in the state have had a chance to make their inputs and that what is left at the moment is for a public hearing to be held before the bill will be passed into law.

“We have met with CAN and others, so we are waiting for private organisations like yourself(he meant CDD) to look at the bill to see how you can make an input to the bill before we take it to the house so that they can have a public setting so that people can make their input.”

Yohana Buru, founder of Kaduna-based Peace Revival and Reconciliation Foundation of Nigeria, said though the proposed law was put on hold for inputs from religious leaders and the public, he was skeptical about the intent of the governor.

“From one perspective, it looks like it will affect both Muslims and Christians, but from all indication, there must be an area that one end will suffer from the other. Also, you can’t pass such a bill without a public hearing. They called GNI and CAN to talk about it, and now they are making moves to ban publish preaching. I know the governor can be very subtle sometimes. So, he could do it without the public hearing,” he said.

Yohana blamed the resurgence of the news on the kind of religious-based campaign the governor ran during the elections.

“People are entertaining the fear because nobody can predict the governor because of what happened in Kaunda during his campaign,” he said.

“He used religion as a means to get to where he wants to get to. The rumour is true, and people are entertaining the fear. In reality, though, the bill has not been passed into law.”

While, all other components of the bill mentioned by in the post are the same as the original draft of the bill Obtained by CDD, the claim that the proposed license issuance is renewable annually was not part of the proposed bill. The bill recommended a bi-annual renewal of license instead. The bill did not also mention that every preacher who wants to be licensed would have to appear before a screening committee. It did not even propose to criminalise and persecute those listening to preaching or religious music inside their cars or in any open place except in your house or religious building.  It permits the playing of such tapes from an accredited preacher to be played inside a private dwelling or vehicle, inside entrance porch, inside the church, mosque or any other designated place of worship.

It also did not prohibit the use of loudspeakers for religious purpose after 8 pm; it becomes an offence when this is done between 11 pm and 4 am.