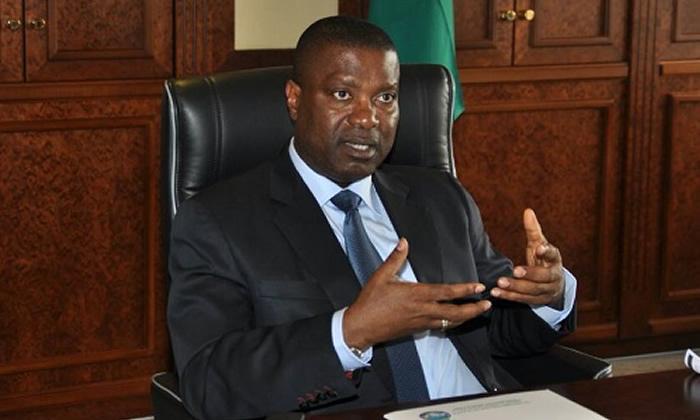 A magistrate court in Port Harcourt, Rivers state, has issued a warrant for the arrest of Nsima Ekere, governorship candidate of the All Progressives Congress (APC), in Akwa Ibom state, over a N2.4 billion fraud.

The development comes hours to the governorship and state houses of assembly elections scheduled for March 9, 2019.

The court also held that Ekere should be arrested alongside Katungo Moljengo, director of legal service of the Niger Delta Development Commission (NDDC).

The court order, bearing the seal and signature of S.T. Dappa, principal registrar of the court, indicated that the arrest warrant against Ekere and Moljengo was issued “in Port Harcourt under the seal of the court and hand of the presiding chief magistrate, this 5th day of March 2019″.

Speaking at a press conference in Uyo, V.C. Edward Ekpo, a lawyer representing Multi-Intelligence Development Ltd, disclosed what led to the issuance of the arrest warrant.

“In 2011, four companies were awarded contracts by NDDC.  Having executed the job worth over N2.4 billion, were denied payment after obtaining loans from banks, individuals among other financial institutions to service the contract,” Ekpo said.

“We approached the court and obtained judgement from the High Court of Justice, Abuja but what followed was indescribable level of corruption, where Nsima Ekere conspired with Director of Legal Service, Kaltungo Moljengo to defeat the execution of justice”.

The lawyer was displeased with the act which he said was against Criminal Code Act of Section 518(1) and (6) CAP. C 38, laws of the federation of Nigeria 2004.

Ekpo appealed to the inspector general of police to implement the court order and get Ekere arrested with immediate effect in compliance with the order of court, and ensure that he is put in prison within 24 hours ultimatum.

He also advised the current management of NDDC to desist from transacting businesses with the duo.