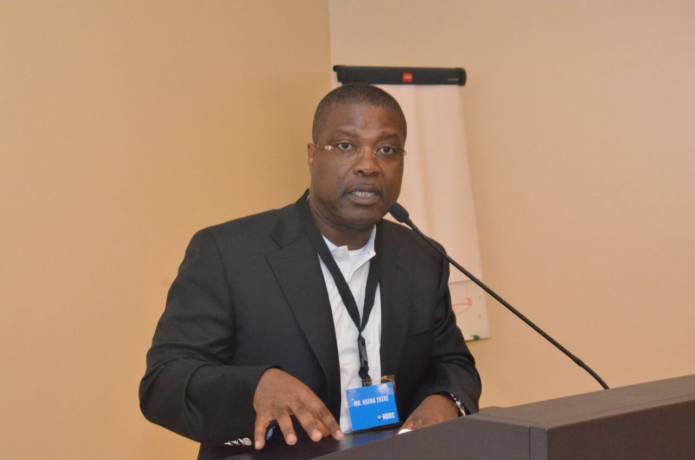 The federal high court in Abuja has ordered the Independent National Electoral Commission (INEC) not to recognise Nsima Ekere as governorship candidate of the All Progressives Congress (APC), in Akwa Ibom state.

Taiwo Taiwo, the presiding  judge, gave the order in a suit filed by one Victoria Edwar-Ekpo.

The development comes hours after a magistrate court in Port Harcourt issued a warrant for Ekere’s arrest over a N2.4 billion fraud.

The court also ordered that Ekere be arrested alongside Katungo Moljengo, director of legal service of the Niger Delta Development Commission (NDDC).

Speaking with journalists in Abuja on Friday, Cyprain Edward-Ekpo, counsel to the plaintiff and a partner of multi-intelligence company, asked the police to comply with the arrest warrant of the magistrate court.

“We are calling on the inspector-general of police (IGP) not to treat orders of court in disparaging manner but comply with the arrest warrant issued on this people and bring them to justice before the court,” Edward-Ekpo said.

“We are calling on INEC, following the proceedings of the high court today to follow the rules of law effective immediately.”